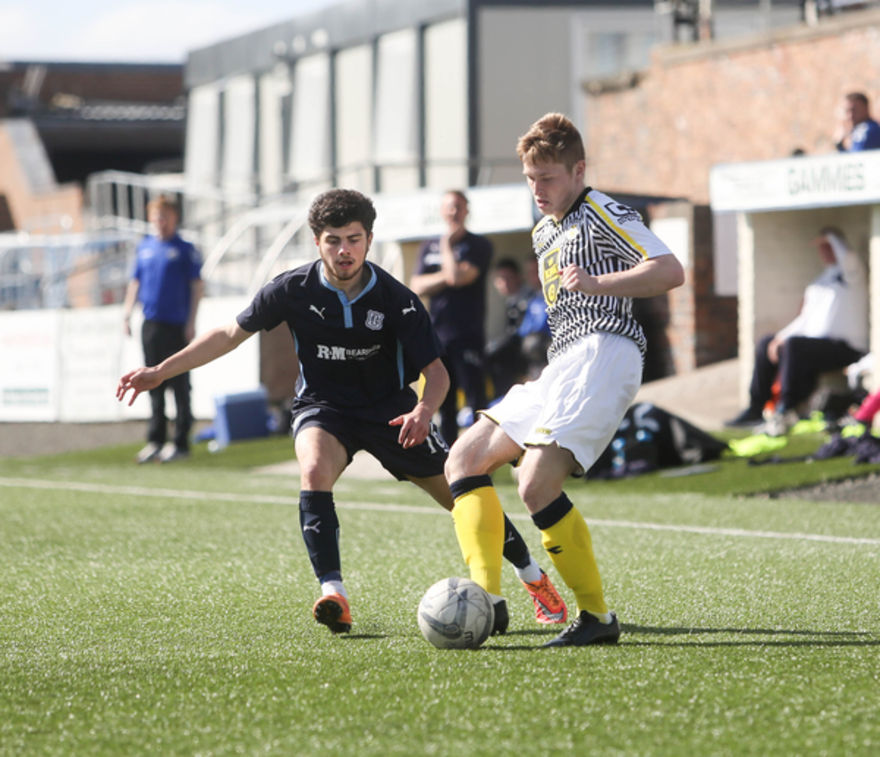 A defensive mix up led to the only goal of the match as St. Mirren took all three points against Dundee in the SPFL Development League on Thursday afternoon at Station Park.

Dundee started with a young team for their second match in three days. After victory at Fir Park on Tuesday afternoon, Eddie Johnson’s men welcomed Saints with only Craig Wighton as a recognised first teamer.

Just before the 20 minute mark, Saints to the lead through Lewis Morgan. A mix up at the back between Ben Priest and Calum Brodie led to a heavy touch which the Saints striker took advantage of before slotting into the empty net.

Dundee’s issues were worsened when Priest took a knock on the half way line, Saints continued an attack and Morgan flashed another shot wide but Priest was forced off and replaced by Kerr Waddell.

Right on half time there was further injury issues for the ‘home’ side as Calvin Colquhoun clashed in the midfield and he was replaced by Max Avolio at the break.

After the break, Dundee upped their game and were on top for large spells. A long Matty Allan ball forward found Wighton who did incredibly well to hold off two defenders before going over. The referee shocked everyone in the ground by waving play on when Dundee really should have had a spot kick.

The was another shout for a Dundee penalty when Josh Skelly was flattened by a defender and Saints keeper but the referee again waved away the claims and Dundee couldn’t find a way through.