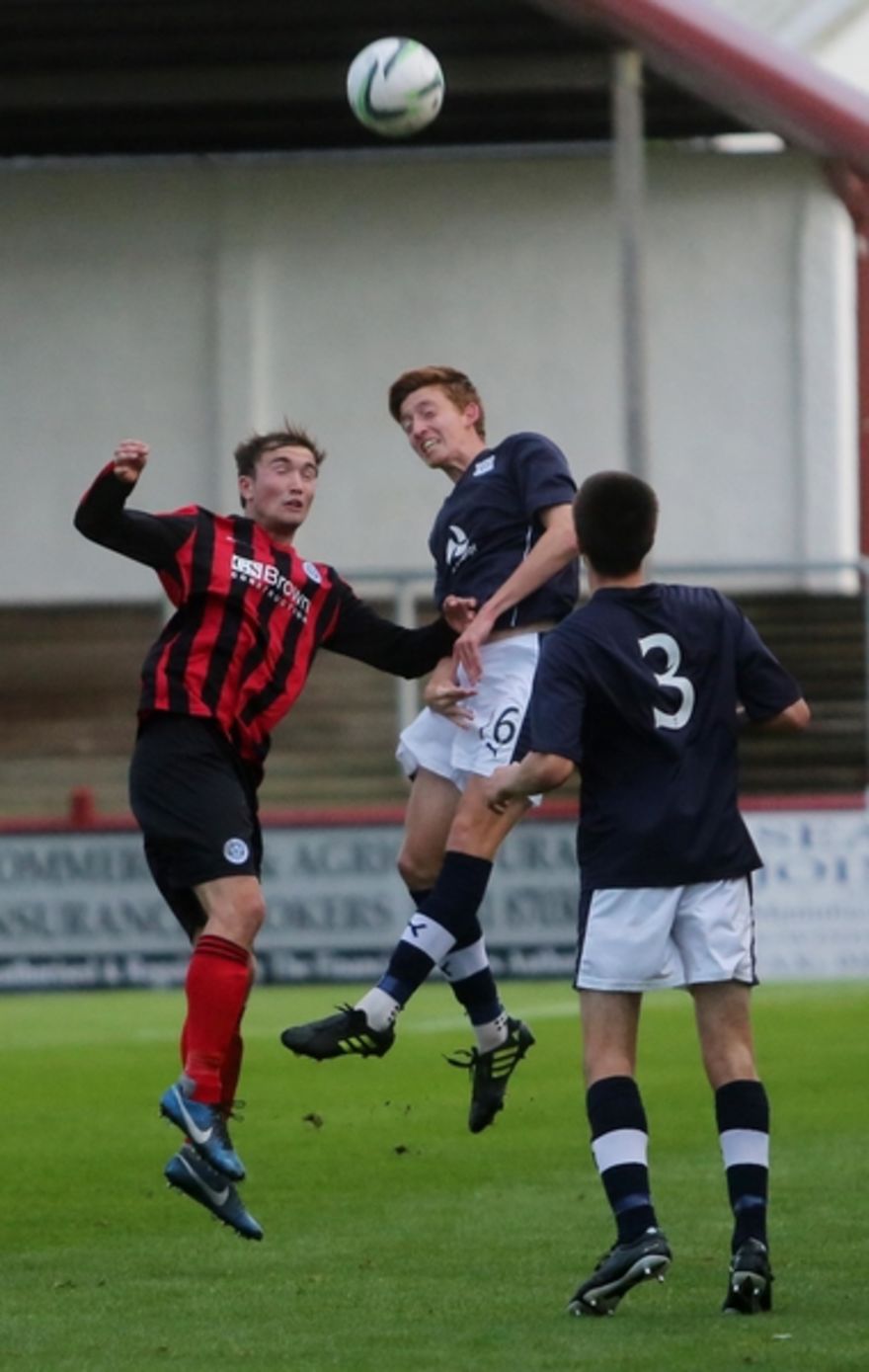 Just like their senior counterparts Dundee had to settle for a 1-1 draw in their opening SPFL Development League match of the season against Tayside rivals St Johnstone.

With Iain Davidson as skipper, the youngsters were boosted by the experience of Nicky Riley, Kyle Benedictus and Phil Roberts.

Scott Bain also made his long awaited competitive debut in a Dundee shirt.

The home side opened brightly with Riley heading a Roberts cross over the Saints’ bar, but Chris Kane came even closer at the other end with a shot that just went over.

Kane then had the ball in the net for the Perth side after just five minutes but he was ruled offside.

Craig Wighton appealed for a penalty as he was pulled back inside the box but the referee played advantage and the striker’s shot went wide of the target.

Despite facing the strong wind Dundee pressed for the opener and Calvin Colquhoun headed a Riley corner just wide.

Kane showed how dangerous he could be when he got his head to another cross and this one only just went wide of Bain’s goal.

However, six minutes from the break the Saints target man broke the deadlock. A misplaced pass out of defence saw Connor McLaren break clear and he was brought down by Cammy Kerr. Cammy was booked for his action and Kane punished the Dark Blues further by rifling the free kick into the back of the net.

A superb pass from Ben Sivewright up the wing to Wighton saw his cross almost headed past Mark Hurst by Colquhoun and, at the other end, Kane was denied a second by a fingertip save from Bain.

Coach Eddie Johnston brought on Matty Allan for Sivewright at the start of the second half, Benedictus switching to right back, and Saints replaced Murray Davidson with Paul Simpson.

With the strong wind at their backs Dundee pressed hard for an equaliser. Saints’ keeper Mark Hurst had to look lively to catch his own clearance as the wind took the ball back over his head.

The pacy Roberts was proving a handful for the Perth defence and twice in quick succession he was brought down in full flight, earning bookings for Buchanan and Greg Kerr.

It was decided to spare the winger further punishment and he was replaced by Lee Cameron on 58 minutes.

Dundee then brought on John Black for Riley.

Saints were having to defend well to keep out the Dens men and they were grateful to see a 30-yard Wighton effort sail over Hurst’s bar.
However, they were finally unpicked in the 75th minute by a superb strike from Josh Skelly.

The youngster executed a double stepover before cutting inside and unleashing an unstoppable shot into the far corner of the net from 25 yards.

Saints’ Alex Kitchen found himself in the book for a foul on the impressive Ryan Gemmell as the Dens men went for the winner.

The Perth side weren’t completely out of things and Buchanan sent in a dangerous cross that, fortunately for Dundee, found no takers.

In the final minute a long clearance upfield from Allan was fought for and won by Wighton who teed up Cameron. Unfortunately, the young striker made a hash of his effort and sent it over the bar.