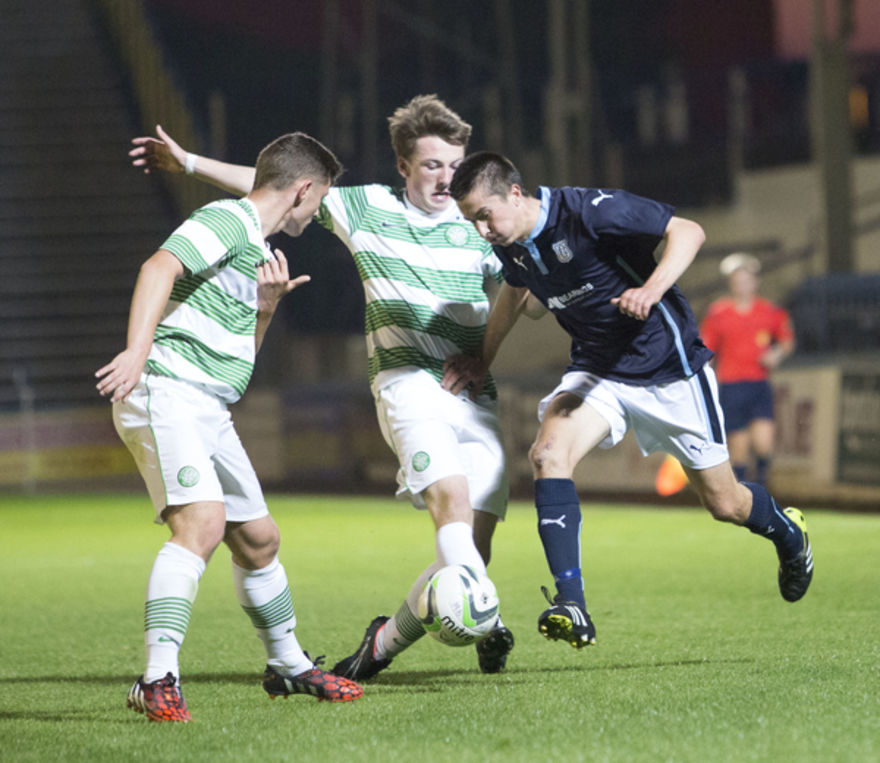 Dundee under 20s were defeated 2-1 at Cappielow by Celtic on Tuesday evening.

The home side replied with Joe Thomson finding Kieran Tierney but no one could get on the end of his cross.

At the other end Calvin Colquhoun created a chance for himself but the midfielder saw his effort blocked by Marcus Fraser.

Celtic keeper Leo Fasan had to be alert to hold a shot from Cammy Kerr and Clarkson shot over from 20 yards as the Dark Blues pressed for the opener.

Wighton then passed up a great opportunity for the visitors when he dragged his shot wide after Martin Boyle had cut the ball back from the byline.

That was to prove costly as Celtic took the lead three minutes before the break. Paul McMullan raced into the Dundee box and dinked a cross to the back post where Tierney was on hand to steer the ball past Scott Bain.

Colquhoun had a chance to square things almost immediately after but put his shot wide of the target.

A spell of pressure at the start of the second half almost brought the equaliser when Boyle hit the inside of the post. Then a Matty Allan header went wide and a Clarkson shot was blocked by Calum Waters as the Dee pushed for the leveller.

On 64 minutes a breakaway saw Celtic double their advantage. The pacy McMullan raced past Iain Davidson who brought him down inside the penalty area.

The referee pointed to the spot and the Celtic striker took the spot kick himself, giving Bain no chance.

With 15 minutes to go Dundee pulled a goal back, Wighton getting his head to a Dylan Carreiro cross and glancing the ball into the corner of the net.

Despite some intense pressure, however, the visitors couldn’t find an equaliser.