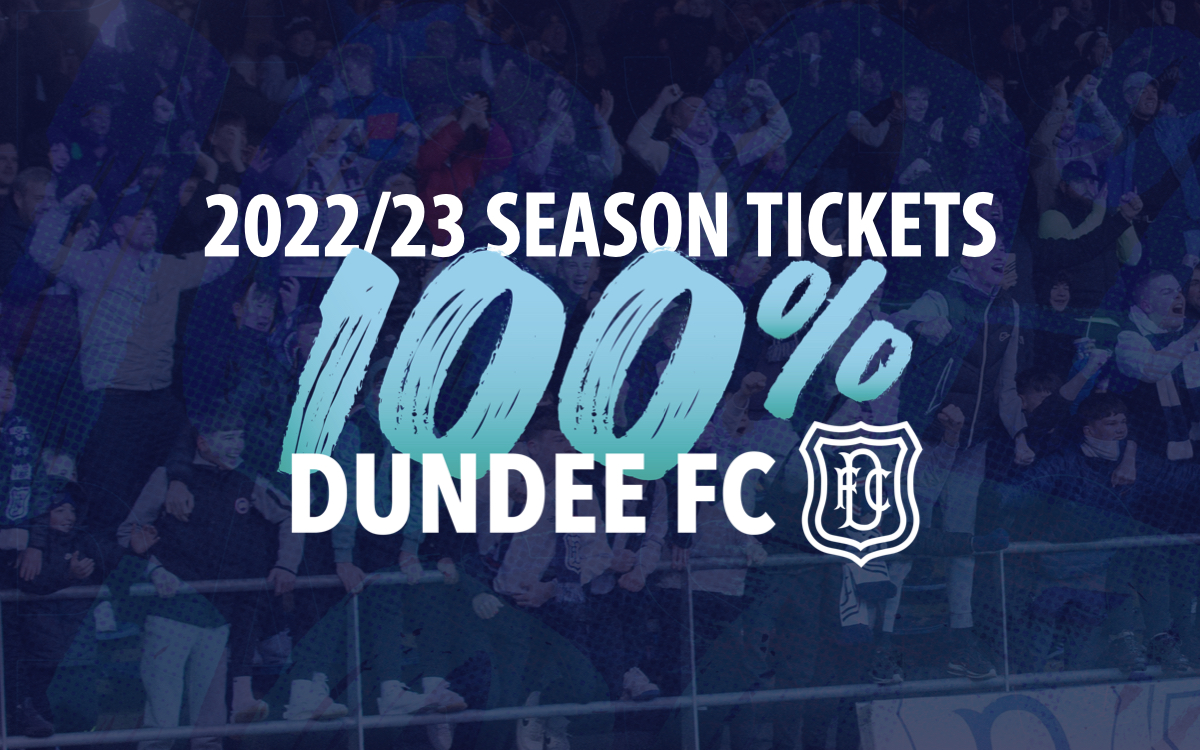 2022/23 Season Tickets are on sale now and supporters will have the chance to get the price of an additional game off by purchasing in full during our loyalty period which runs until May 30th.

Season Ticket prices have been frozen for the 22/23 season but by paying in full during the loyalty period there is a reduction in price available.

Our kids for a quid programme will continue again and we are delighted to say for a sixth consecutive season Under 12s season tickets are just £1.

We have also continued our ‘Gift a friend’ a ticket and that will be available for at least two matches throughout the 2022/23 season. Further information on which fixtures will be made available during the season.

For those who wish to split their payments up over a number of months the v12 finance will be in place at a later date but the club is operating a 3 months interest-free payment plan (full price).

The plan will allow supporters to split payment for season book over three months to be paid during May, June, and July. Those using the payment plans will not be eligible for the loyalty period discount. 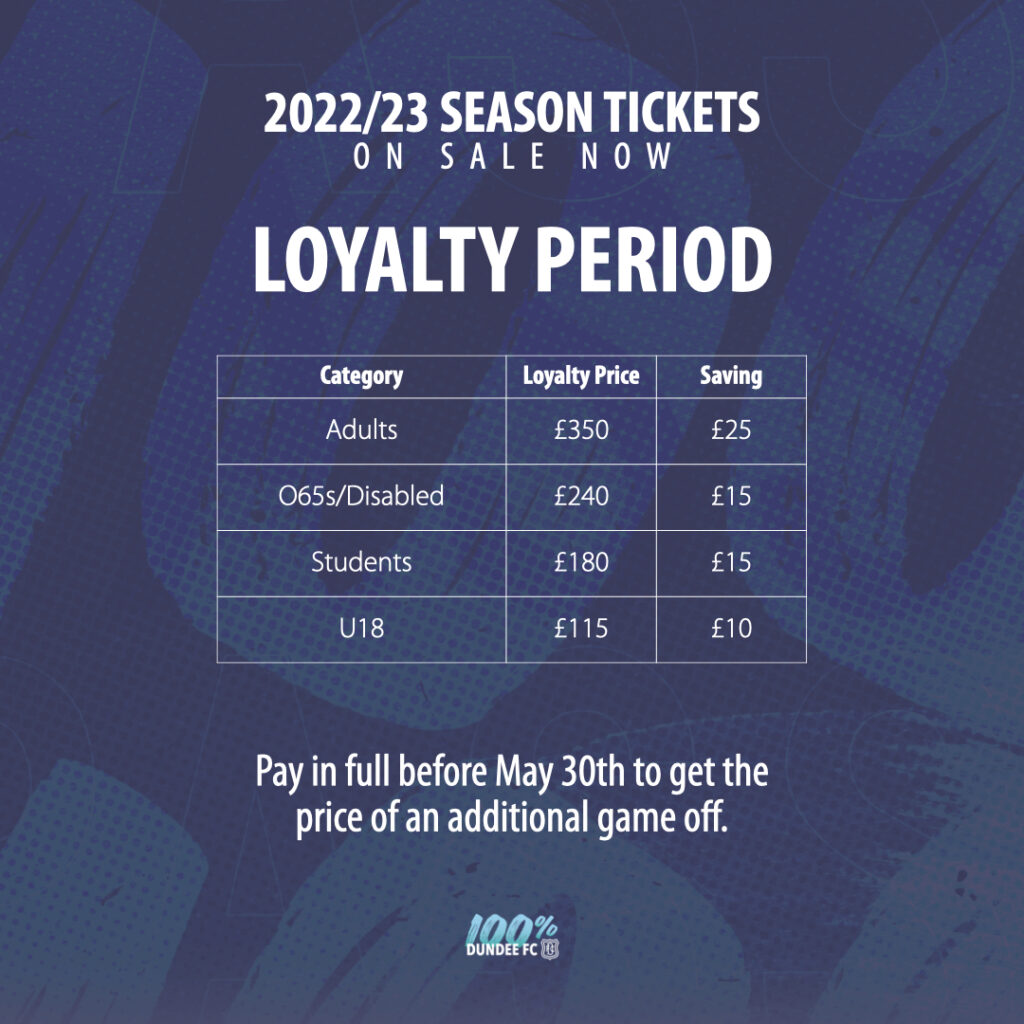 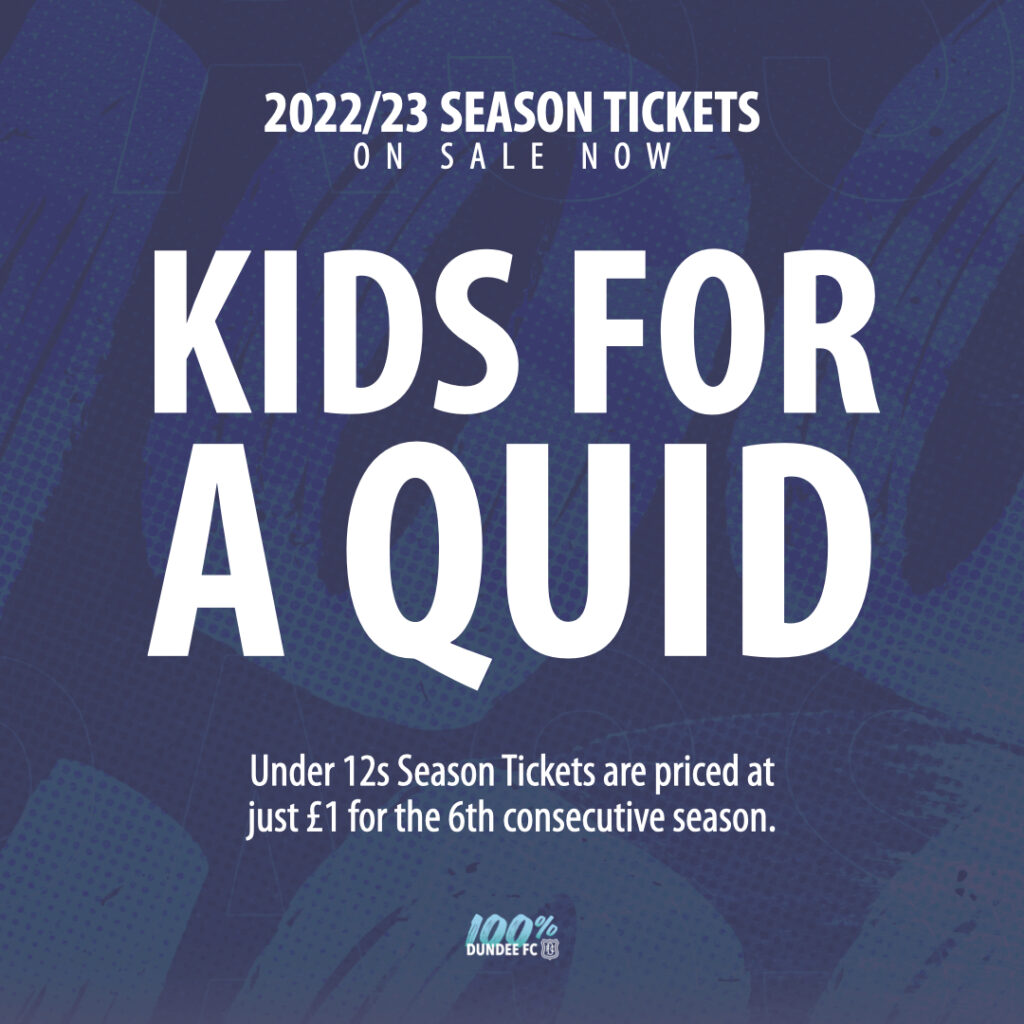 Physical season books are not available just yet but once they have arrived in store we will publicise that they are ready for collection or be posted out.

Our partners at V12 will again offer finance options for season tickets in the new season. Further information is to be available soon.

The Dundee Football Club Limited acts as an Introducer Appointed Representative, registration number no. 739854 and will introduce you to V12 Retail Finance Limited to complete your application for finance. Subject to status and affordability. Terms and conditions apply.

For those who have previously had season tickets, seats will be held for the month of June to allow for renewals.

Gift a Friend a ticket

Adult, senior, disabled, and student season ticket holders will be able to exchange vouchers from their books for at least two selected matches throughout the 22/23 season. Matches will be identified and announced during the season. 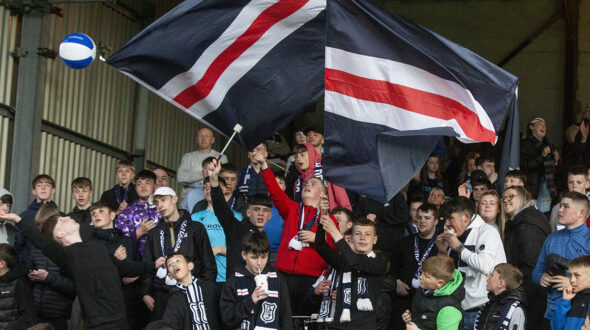 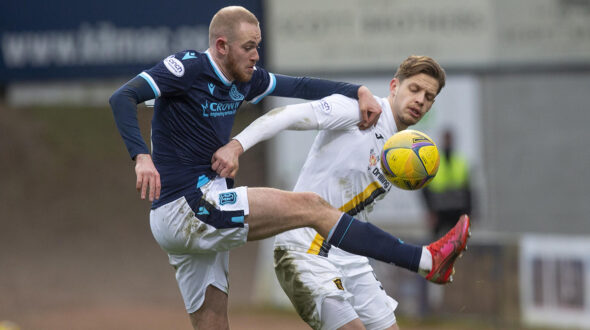 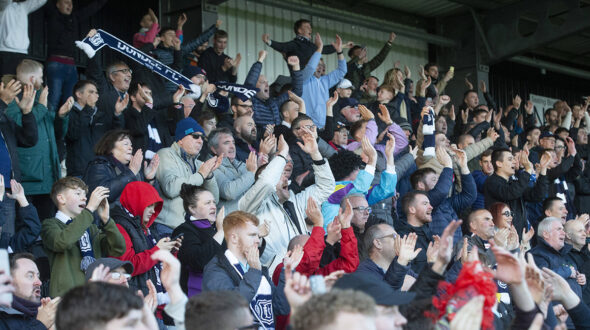