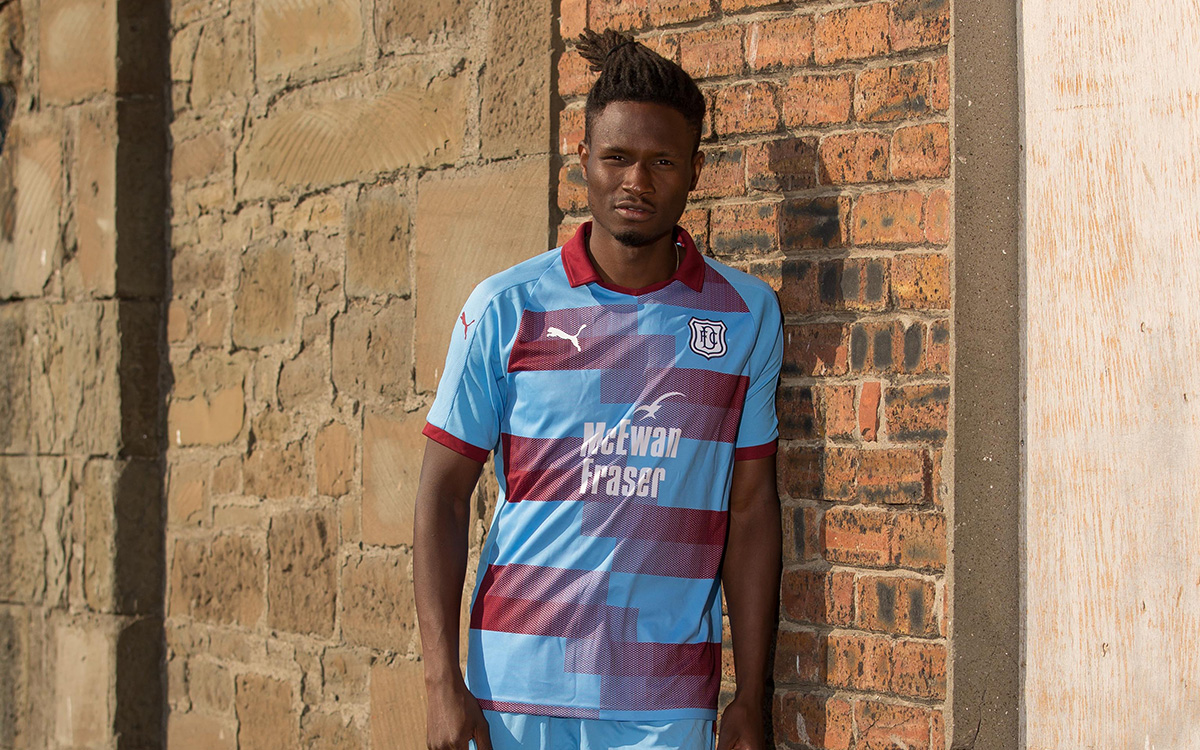 Dundee Football Club are delighted to announce the launch of their new away kit for the forthcoming 2018/19 season.

With this season being Dundee’s 125th anniversary, the new light blue and claret away kit is a homage with a modern twist to a kit worn by one of Dundee’s founding clubs East End.

Dundee Football Club was formed on May 20th 1893 at a meeting of local clubs East End and Our Boys at the Mathers Temperance Hotel at the top of Union Street and having last year’s away kit as a nod to Our Boys, the club are now delighted to pay tribute to one of our other founding fathers, East End.

Made by Puma, the shirt has the club badge adorn the left breast and the club sponsor McEwan Fraser’s new logo across the chest and is reminiscent of a shirt worn by East End between 1886 and 1888. Having previously had the sky blue and white striped East End shirt as an away kit (most recently in 2014/15), this earlier East End kit with light blue shorts and socks is a fitting tribute to the heritage of our great club.

In Dundee’s first ever season the team alternated between the strips of East End and Our Boys and the home kit for our 125th season, released last May to coincide with the clubs birthday, is an all dark blue kit to replicate the Club’s first ever dark blue kit worn in season 1893/94 with a dark blue shirt, shorts and socks.

The all dark blue kit was inherited from Our Boys and with the new away kit a modern version of an East End kit, the Club are honouring our two founding fathers for our 125th anniversary.

To launch the new away kit, Dundee Football Club went to the site of the original Carolina Port Ground in the city docks which not only became Dundee’s second home in their inaugural season in March 1894 but was also the last home of East End FC.

The new away kit will go on sale at Dundee Direct tomorrow morning at 10am.