100th anniversary of the Battle of Loos - Join us

100th anniversary of the Battle of Loos – Join us 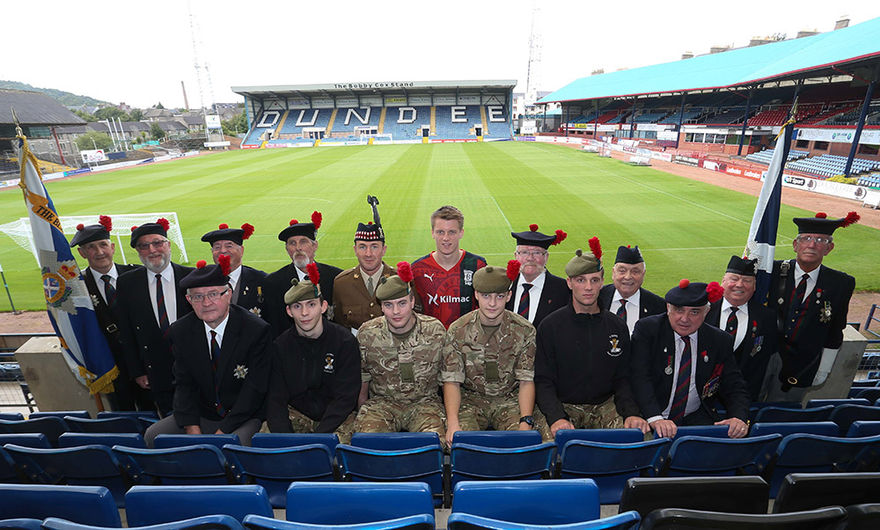 This year marks the 100th anniversary of the Battle of Loos from the First World War and Dundee Football Club are proud to be marking the event as part of the national commemorations in the city this weekend. The city of Dundee is hosting the national commemorative events over the anniversary weekend of September 25-27th which includes a concert, service, parade, a film screening and visualisation project; and this weekend’s match against Ross County is also part of the events.

We would like you to join us for the match at Dens Park where we will pay our respect to both former and current servicemen and women.

The team will wear a special commemorative kit which takes into account the Black Watch 3rd Battalion Royal Regiment of Scotland tartan, original badge and the red flash they wear on their bonnets. Members of the Battalion will be at the Bobby Cox Stand with weaponry and military vehicles on display. A minute’s silence will be observed prior to kick-off to honour and remember those who lost their lives in the battle and those currently serving in our services. Black Watch 3rd Battalion Royal Regiment of Scotland pipe band will perform on the pitch at half time.

Family tickets are available in the Bobby Cox Stand Rows A – Y, Seats 1 – 47 with prices as follows:

Tickets are available from the ticket office, in person or by phone, or via the website www.dundeefc.co.uk then click on “TICKETS” where you will be able not only to choose your seat but check on the view from seats in a particular area.

The Club would like to remind all that we have invited all servicemen both former and current along to the match with Ross County.

Each person will be able to collect up to 4 tickets for free when producing identification from the forces.

These tickets are subject to availability and can be collected from the Ticket Office inside Dundee Direct at Dens Park. If you have any enquires regarding these tickets please feel free to contact to Ticket Office on 01382 889966 (Option: 1).