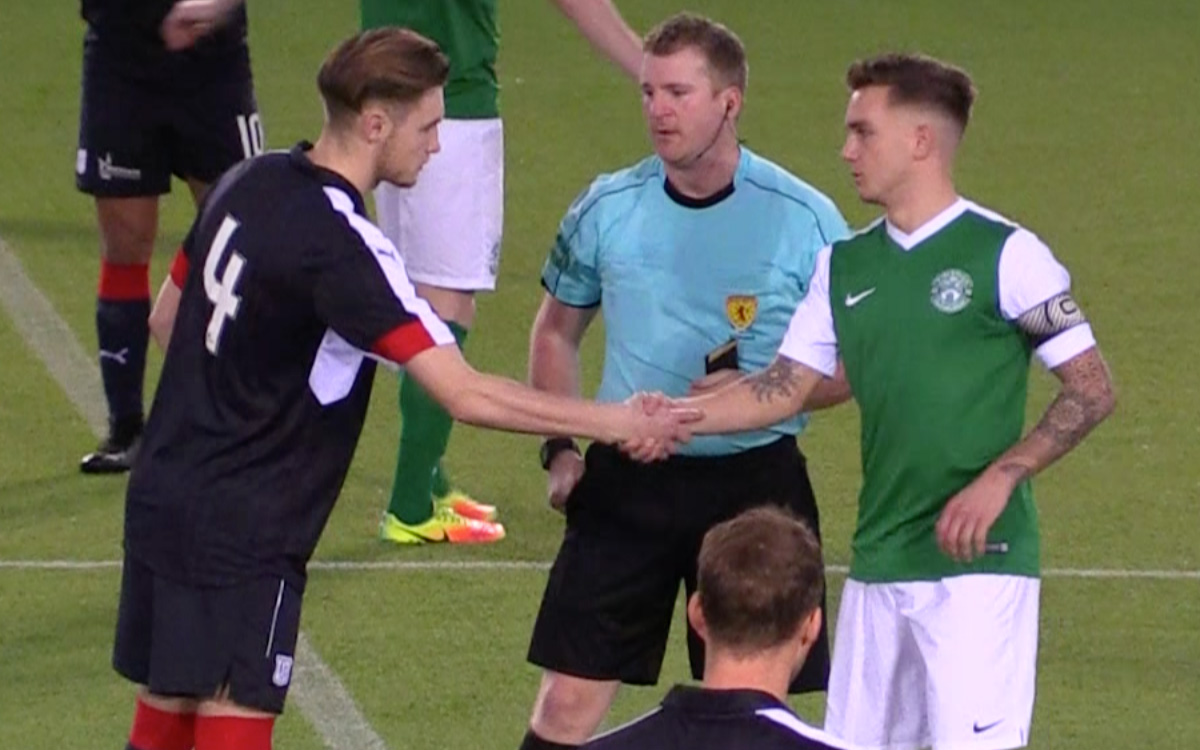 Dundee under 20s ended 2016 with a defeat in the SPFL Development League against Hibernian on Tuesday afternoon.

Jimmy Boyle’s side matched the league leaders throughout the first half despite a make shift line up but the Edinburgh side took control after the break and ran out 4-1 winners.

First teamers, Rory Loy, David Mitchell, Yordi Teijsse and Michael Duffy were all listed in the starting line up.

Hibs took the lead with the first real attack of the match. James Keating’s slipping the ball through to Oli Shaw who hit the net.

The hosts then hit the bar before Dundee were level. Teijsse battled to win the ball back and when the ball into the box fell to Loy, he made no mistakes firing into the net.

Dundee were forced into a change when Kerr Waddell was replaced due to a calf injury. That meant Jesse Curran had to drop into the unfamiliar role of central defender for the rest of the match.

It was a fairly even contest in the half after that. Hibs did have one golden opportunity but Mitchell was on hand to smoother the ball after a cut back from the left look certain to bring a goal.

Hibs hit a double in just four minutes in the early stages of the second half as Shaw grabbed his second hat trick in as many games. His first came after a breakaway saw an effort on goal cleared off the line by Matty Smyth but Shaw was on hand to head in the rebound.

Shortly after, Shaw was first to react again, this time turning in a saved shot from inside the six yard box.

Dundee had little to shout about in the second period, substitute Josh Skelly was fouled in the box but the referee waved play on before Hibs added a fourth in the last minute. A corner wasn’t clearer properly and Kevin Waugh headed home.