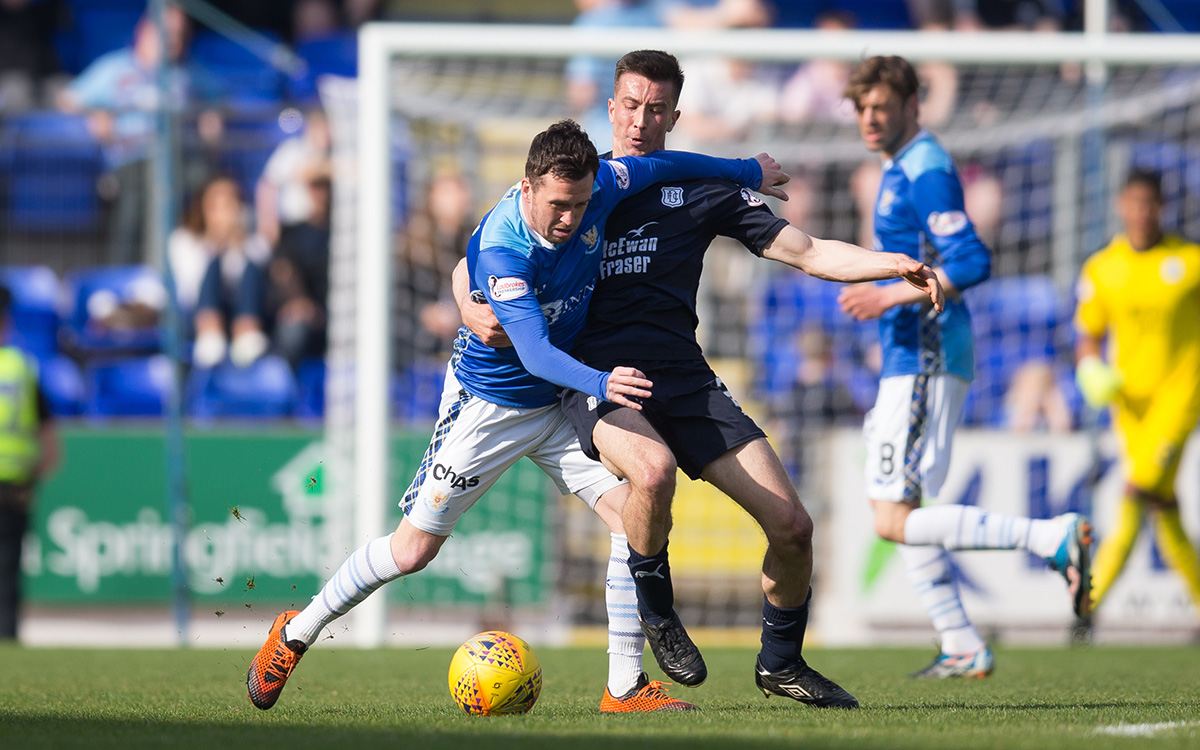 The Dark Blues lost 2-0 against St Johnstone in Perth today, an eighth successive defeat that leaves them six points adrift at the bottom of the Premiership. Scott Tanser put Saints ahead with a fine free kick shortly after half time and Callum Hendry killed off any hopes of a Dundee fight back with the second goal midway through the second half.

Dundee made two changes from the last game before the split. Scott Wright and Kenny Miller started, replacing Jesse Curran and Callum Moore, who were on the bench. St Johnstone’s only change was Liam Gordon coming in for the suspended Jason Kerr.

The previous game between the sides at McDiarmid Park a couple of weeks ago got off to a frantic start with Dundee missing a golden chance and St Johnstone taking an early lead. Today it took a lot longer for the teams stir to themselves into real action, and it was the home side who were first to launch some serious attacks.

Saints’ Matty Kennedy had the first shot when he had space to cut in from the left and Seny Dieng did well to parry his low shot. Callum Hendry also went close when he flung himself at a Kennedy cross but headed wide from six yards.

Dundee had the odd piece of composed build up through the midfield but the final passes always went astray, or the movement was slow enough to let St Johnstone get their defenders into position to snuff out any danger.

Saints wasted less time in their build ups and looked the more dangerous side for most of the first half. Another Hendry header brought a decent save from Dieng and Chris Kane sent a powerful header straight at the Dee keeper from eight yards.

In the last few minutes of the half the Dark Blues had their best spell of the match, but without giving home keeper Zander Clark any problems. Paul McGowan sent a 20 yard shot zipping a couple of feet over the crossbar and Scott Wright showed neat skill on the wing to run along the byline but his low cutback was cleared.

Even during this promising spell from the Dee they might have fallen behind when a fierce cross by Foster flashed across goal, only a foot out from the two posts, with no-one able to turn the ball in.

Dundee had certainly been competitive in the first half, but there was a worrying lack of real attacking threat and sadly there was no improvement after the interval.

Matty Kennedy wasn’t far off target with a 20 yard effort that took a slight deflection as Dundee struggled to impose themselves on the game.

It was no surprise when Saints took the lead after 53 minutes, although it was a far better goal than seemed likely in a disjointed game. Referee Alan Muir allowed the advantage when Darren O’Dea fouled Callum Hendry 25 yards from goal. When Dundee managed to clear the referee brought play back and Scott TANSER curled an excellent free kick over the ball and inside Dieng’s left hand post.

As in recent games there was no effective response from the Dark Blues when they fell behind. They gave the ball away repeatedly in the face of Saints’ energetic pressing and the home defence had little to worry about.

Andrew Nelson came on for Kenny Miller and offered some faint hope with a rare moment of danger from the Dark Blues. Nelson did well to force his way into space on the edge of the penalty area but pulled his shot wide.

St Johnstone clinched victory with their second goal after 67 minutes. Foster whipped over a good cross from near the corner flag. Ryan McGowan missed the ball and Callum HENDRY was unmarked behind him to score with a header back across Dieng.

As the Dee fell out of contention Saints threatened to add to their lead and opened Dundee up to allow Kennedy a chance but Dieng pushed his low shot away.

Dundee’s only dangerous moment after the second goal came when Nelson’s cross shot flew past the far post with Craig Curran inches from turning the ball into the net. That was 20 minutes from the final whistle, and it was the last time Dundee came anywhere near scoring as their challenge died away badly. There was no shortage of effort, but little in the way of composure, organisation or the sort of movement that might have opened up a very comfortable home defence.

Saints could have had further goals if they had pushed harder for them, but they were happy to keep the game tight and snuff out Dundee’s weak efforts to attack. By the end of the match the Dark Blues were a well beaten team. With four games to go, a six point gap to make up on second bottom St Mirren, and the team desperately short of both form and confidence, the outlook is bleak for the Dee and the long suffering support. 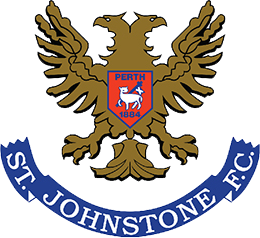