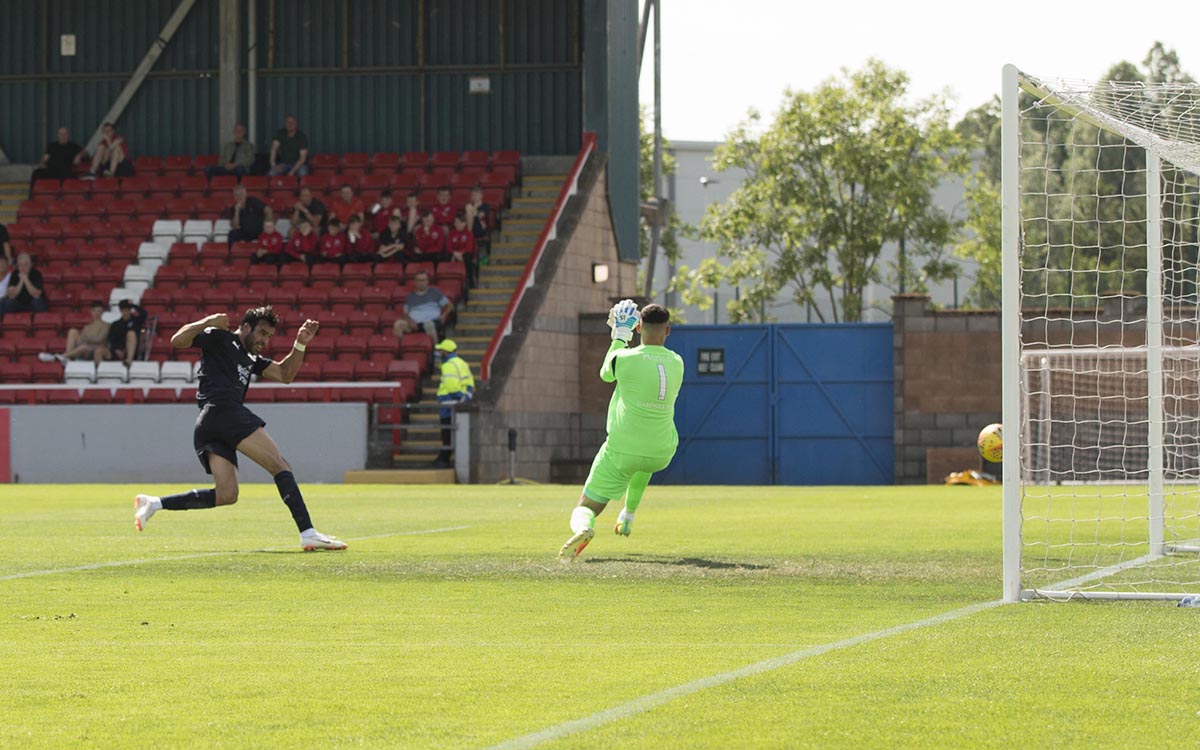 The Dark Blues were far too strong for League Two Stirling Albion in the Betfred Cup at Forthbank Stadium this afternoon and finished as comfortable 4-0 winners. The Binos gave the Dee some tricky moments in the first half, but Dundee deservedly led 1-0 at the break through Sofien Moussa’s goal. After Moussa added his second early in the second half Dundee were in complete control and added more goals from Jean Alassane Mendy and Craig Wighton.

Dundee started strongly causing problems for Albion with some energetic pressing and neat attacking play. Jean Alassane Mendy was showing some impressive touches and almost opened his goalscoring account with an audacious effort, reminiscent of Denis Bergkamp’s famous goal in the 1998 World Cup against Argentina. He pulled down a long ball from Cammy Kerr, and his excellent first touch bamboozled his marker. His second touch was a stabbed shot with the outside of his right boot aimed for the far top corner. Cameron Binnie spoiled the effect with a fine reaction save and the ball dropped just the wrong side of the crossbar.

The Dark Blues were doing nearly all the attacking, but Albion caused trouble when they could move the ball forward. Mark Stewart nipped in to beat Jack Hamilton to a passback wide on the Dee right, but there were no attacking players in position. Peter MacDonald was forced to shoot from an impossible angle and Nathan Ralph got back to clear.

Dundee went through a tricky spell in which they failed to clear the ball effectively and put themselves under needless pressure. Cammy Kerr had to turn a Jardine volley over his own bar after some poor defending by Dundee.

Each side had a penalty appeal midway through the first half. Paul McGowan and Neil McLaughlin both went down in the penalty areas, but Mr Ross was unconvinced by either of the appeals.

The Dark Blues started to crank up the pressure on Albion’s goal and it took some frantic defending to keep out goalbound shots by Paul McGowan and Sofien Moussa. Dundee threw away a great chance when Moussa found himself alone at the far post from a Kerr cross, but fired his shot across goal and wide. The Tunisian striker didn’t let the miss affect him and responded by changing his boots and opening the scoring!

Seven minutes from the interval MOUSSA took a long ball from Kusunga on his chest, turned and scored with a fierce volley past Binnie.

Albion’s best chance of the half came when MacDonald ran onto McLaughlin’s pass, but Hamilton got enough of a touch on the shot to allow the covering defence to clear. Seconds before the half time whistle Cameron Binnie saved well to touch over a shot from Craig Wighton who had scythed his way through the defence with a blistering run from the left wing.

Two minutes into the second half Jack Hamilton made a tremendous save to keep out Jason Marr’s header from a corner that the Dee defence failed to deal with properly. The save was a crucial turning point. Dundee never looked in any danger after that scare and killed off the Binos with three goals in 12 minutes.

Paul McGowan’s terrier tackling in midfield won possession and Glen Kamara moved the balll on for Craig Wighton on the left. He checked infield and planted a perfect cross onto MOUSSA’s head to score with a powerful six yard header.

Moussa then showed great hold up play to take his marker out of the game and laid the ball off to MENDY, who took one touch before shooting home from 16 yards.

Dundee were tearing holes in Albion’s defence now and Binnie had to save well from Wighton at the end of another searing run in from the wing. However, the keeper was helpless after 68 minutes when WIGHTON met Glen Kamara’s pass with the outside of his foot to steer his shot across Binnie and inside the far post from 12 yards.

That was the end of the scoring, but Dundee remained in charge for the remainder of the match. Elton Ngwatala was replaced by Kharl Madianga, and Matty Henvey came on for Sofien Moussa, both players going off to well earned applause. When Albion’s Peter MacDonald was substituted he also got a big hand from the travelling support who fondly remembered all his vital goals for Dundee. Jesse Curran also came on to replace Cammy Kerr for the last 10 minutes.

Albion didn’t give up and almost grabbed a goal from substitute Kevin Fell who chased down Josh Meekings underhit header back to Hamilton, but the Dee keeper was out quickly enough to block.

The game ended with Dundee probing for a fifth goal that never arrived, and would probably have been harsh on a Stirling team who’d given a good account of themselves for the first hour or so until they wilted under Dundee’s pressure in the heat.

For the Dark Blues supporters there was little to complain about and plenty to enjoy today. The goals all went to attacking players and the defence kept a clean sheet. Dundee played some attractive attacking football and the five newcomers all impressed. Sofien Moussa and Jean Alassane Mendy combined well and showed lots of intelligent touches. Elton Ngwatala also had a fine game and Nathan Ralph attacked well down the left. In the second half Jack Hamilton had long spells when he had little to worry about except the fierce sun, but did well whenever he was called upon.

All things considered this was a very satisfactory, indeed convincing, start to the season. The supporters certainly seemed to think so as they applauded the team off the park at the end. 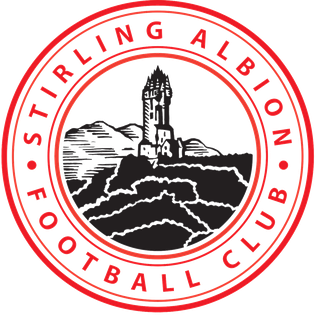