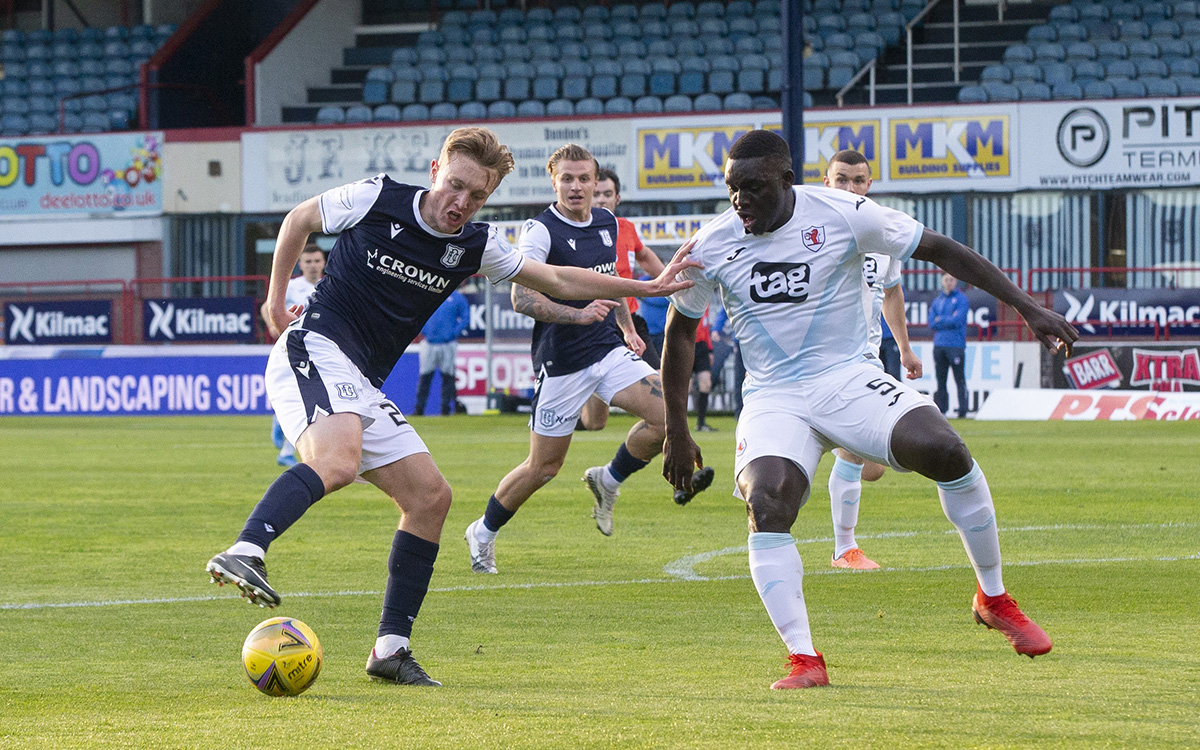 Dundee battled their way through to the Premiership play-off final after losing 1-0 to Raith Rovers at the Kilmac Stadium tonight, but winning 3-1 on aggregate. Lewis Vaughan scored the only goal midway through the first half. The Dee were made to fight till the very last minute of injury time by a Rovers team who were true to their promise that if they were to lose out they would go down fighting. Raith set a frantic pace throughout the match, attacking Dundee relentlessly with little thought of caution or keeping it tight at the back, but the Dark Blues defence managed to hold them out in an often chaotic second half and keep alive the hope of promotion.

The Dee brought in Max Anderson to the midfield with Jordan McGhee dropping back into centre defence in the place of the injured Liam Fontaine. Rovers replaced Iain Davidson with Fernandy Mendy and Gozie Ogwu came into the attack replacing midfielder Brad Spencer.

The Dark Blues had a penalty appeal in the first minute when Max Anderson ran onto a McMullan cross and was bundled over. The referee was less convinced than the Dee players, however, and refused to award the penalty that might have settled the semi-final.

Rovers didn’t hold back and flew at Dundee at every opportunity, taking chances at the back. Armstrong had Raith’s first shot but his attempted curling shot from 20 yards went straight to Legzdins.

Jason Cummings went close at the end of a fast Dee break but his shot hit a defender and bobbled past the post with Rovers’ keeper MacDonald scrambling to try and cover. A trademark Charlie Adam free kick from wide on the left swept into the gap behind the defensive line and Lee Ashcroft, lunging at full stretch turned it over the bar.

It looked increasingly likely that someone was going to score and it was Rovers who grabbed the goal after 21 minutes that they were desperately seeking. Hendry tried a shot from wide on the left. It was blocked and fell to Ogwu. The striker moved the ball on to VAUGHAN who turned neatly and scored from 10 yards.

Only a minute later Raith came close to a second. A long cross from the left by MacDonald seemed to be going out but Tumilty managed to reach it and hooked a shot across goal and wide from almost on the byline.

Dundee had to endure a torrid quarter of an hour but in the last 10 minutes of the half they managed to take the game to Rovers and keep more of the play in their half. Late in the half the Dee put together their best move of the game and should have scored the goal that would have given some welcome breathing space. Paul McGowan sent Cammy Kerr into space on the left and the low cross gave Max Anderson a great chance from 15 yards. Anderson took a touch and his shot was powerful, but too close to MacDonald who saved well.

Dundee started the second half on the attack but lacked fluency. A Dee goal always looked possible against a defence that was often untidy and taking chances.

After that promising opening to the half the game reverted to the frantic pattern of the first 45 minutes. A great Jordan McGhee block kept out a Vaughan shot. A minute later Adam Legzdins had to grab a fierce cross from Armstrong at the near post before Ugwu could reach it. Armstrong had a shot deflected past the post as Rovers had a purple patch either side of the hour mark.

Rovers were continually leaving themselves open at the back, but Dundee kept messing up opportunites to punish them on the break. The game was astonishingly open, and ridiculously stretched at times with players scattered all over the park.

Osman Sow came off the bench to replace Jason Cummings and then Declan McDaid came on for Paul McMullan. The final change was Charlie Adam making way for Danny Mullen. The Dee captain had been booked and the change was prudent.

Dundee were never in control but gradually started to hold onto the ball and slow down the game down. But that was only for a spell, and in the last few minutes Rovers hurled themselves furiously at the Dark Blues’ defence with little thought for defending. In a Dee breakaway Osman Sow made a skillful run into the penalty area, which ended with him on turf receiving a rather harsh yellow card for simulation.

The Dee defenders stood up manfully to the late onslaught and dealt admirably with some fierce pressure. For all Rovers’ fine approach play in the last half hour, and for all the balls into the Dundee penalty area, there were no more clear chances and Adam Legzdins didn’t have to make any real saves. The Dundee defence deserves great credit for that and the central defenders were immense when it counted.

In injury time Dundee pulled the whole team back for a free kick. Raith had everyone except the goalkeeper within 40 yards of the Dee goal. Dundee cleared and Osman Sow had a long, 70 yard run on goal. After he reached the penalty area Tunmilty managed to catch him and block the shot. The tackle gave Dundee a throw in near the corner flag, which meant the ball was exactly where Dundee wanted it in the last minute of injury time.

That was the end of the contest, and it is a measure of Rovers’ performance that it was only when we reached injury time that Dundee fans could start to breathe easily. After the terrific performance in the first leg the Dark Blues were disappointing tonight. They were never comfortable with the relentless pace that Rovers set and struggled to stem the flow of Rovers attacks. The Dark Blue heroes tonight were in defence and for all Raith’s fine approach play in the second half Lee Ashcroft and co prevented them scoring the second goal that would have truly turned the screw on the Dee.

Still, Dundee are through to the Premiership final and will host the first leg at the Kilmac Stadium on Thursday evening. They will have to do better than tonight and play more like they have done in their recent fine run. However, they will surely not come across opponents who will attack them as frantically as Rovers did tonight. 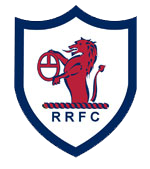