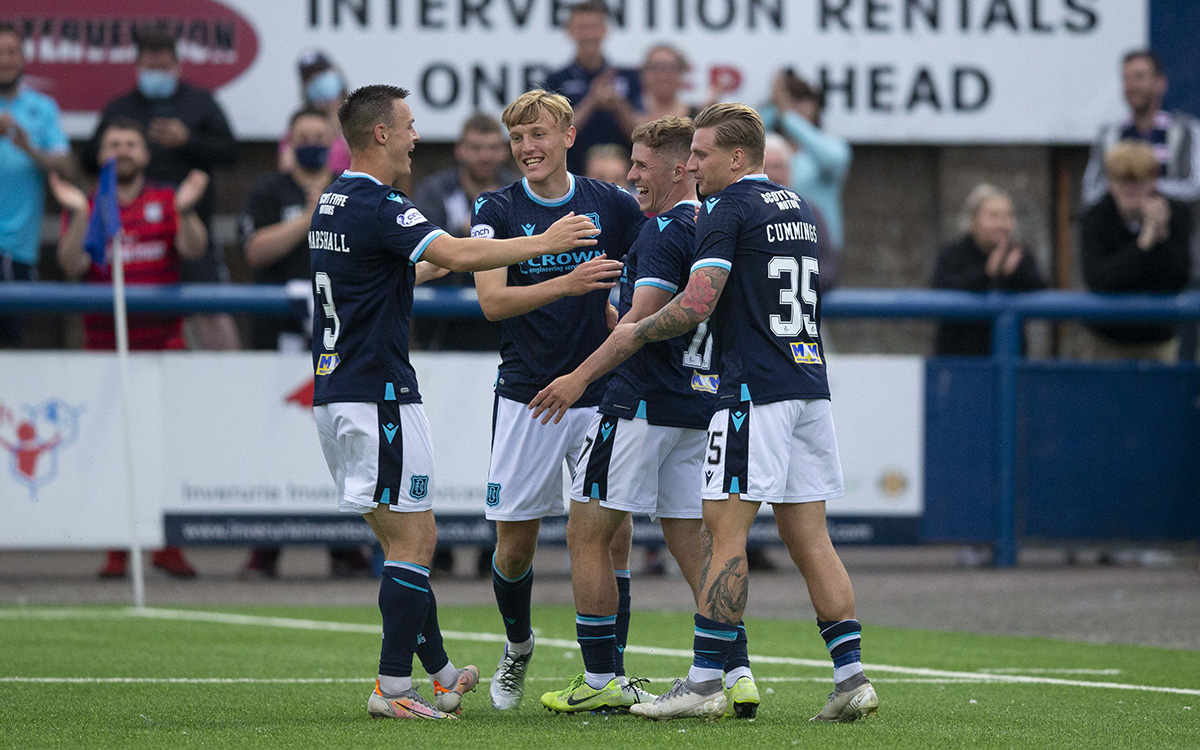 Dundee went to the top of the Premier Sports Cup group C with a 2-0 win over Montrose at Links Park. The Dark Blues dominated the first half but couldn’t find their way through a well organised home defence. The Gable Endies held out for the first 25 minutes of the second half until two quick goals gave the Dee the win they deserved. Jason Cummings scored from a penalty, and Luke McCowan added the second, allowing the Dee to see the game out comfortably.

The first 20 minutes passed quietly with only one goal attempt; Liam Fontaine headed well over the bar from a free kick. Montrose were competing well with their midfield proving a difficult barrier when the Dee tried to play through the middle.

Alex Jakubiak had the Montrose defence in trouble when he nicked the ball away from Kerr Waddell, but the ex-Dee made a desperate saving tackle, with referee Mr Newlands unimpressed by appeals for a penalty. Apart from that blip the Montrose defence were organised and careful, giving the Dark Blues no chances in open play.

Midway through the half the Dark Blues moved up a gear and started to put Montrose under serious pressure and the chances started to arrive.

A Charlie Adam free kick from 25 yards was clutched safely by goalkeeper Allan Fleming. Adam then headed over from Jordan McGhee’s cross after Jakubiak had again forced an error.

Liam Fontaine twice went close from corners. He smacked a header against the crossbar from one, and then headed wide from another when he should really have hit the target. In between Alex Jakubiak ran onto a lovely pass from Charlie Adam, but Fleming made a smart save from his flicked header.

Jordan McGhee hooked a shot over the bar as he was falling to the ground after Montrose couldn’t clear yet another Dee corner.

The Dark Blues’ corner count kept rising as Montrose clung on. Lee Ashcroft sent a header from a corner straight at Fleming, and with the last touch of the half the big Dee centre back smashed another header off the crossbar with Fleming beaten.

Dundee made two changes at half time. Christie Elliott and Jason Cummings came on for Cammy Kerr and Alex Jakubiak.

After the restart Fleming was quickly back in action, making a fine reaction save from Paul McMullan’s deflected shot.

The game entered another quiet spell. Dundee were in charge but not creating enough danger. Montrose were allowed few oportunities to attack, and were unable to force Adam Legzdins into action.

Dundee shook the match up with two substitutions midway through the half. Max Anderson and Luke McCowan replaced Charlie Adam and Paul McGowan, and the youthful energy of the substitutes allowed the Dee to take total control and finish off the Gable Endies.

Six minutes after coming on McCowan played a delightful ball inside the right back. Jordan Marshall raced into the penalty area but was brought down by Graham Webster. Jason CUMMINGS duly thumped home the opening goal from the penalty spot with 70 minutes on the clock.

Two minutes later Cummings turned a McMullan cross into the path of McGhee, allowing him to shoot from 18 yards. Fleming saved well, but Luke McCOWAN followed up to blast in his first goal for the Dark Blues.

After the goals Dundee were able to cruise through to the final whistle with the minimum of fuss. There was one scare when Adam Legzdins misjudged a long ball heading wide of the goal, allowing it to fly over his head. Blair Lyons turned the ball goalwards from a tight angle but Lee Ashcroft was on hand to clear.

Jason Cummings came close to a third goal right at the end when he turned on the edge of the penalty area and shot against the outside of the post.

For the second game running Dundee finished with 10 men after Paul McMullan was chopped down by a reckless tackle. After receiving treatment he sat out the last couple of minutes on the bench.

The Dee were patient and professional tonight against difficult opponents. The Gable Endies were disciplined and well organised, restricting the Dark Blues’ chances in open play very effectively for the first hour. Dundee were always dangerous from set pieces, however. When the Dee stepped up the pace in the last half hour they proved too strong for Montrose.

The impact made by the substitutes showed the value of a strong squad and a bench that allowed the Dee to change the game and see off their League One opponents.

Montrose managed just two shots tonight, and only one was on target. The whole Dundee team, but especially the defenders, will be delighted with another clean sheet.

The win puts the Dee in pole position in group C and they have the chance to confirm top spot when they play Forfar at the Kilmac Stadium on Saturday. 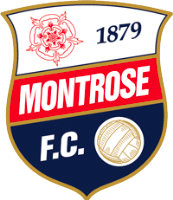