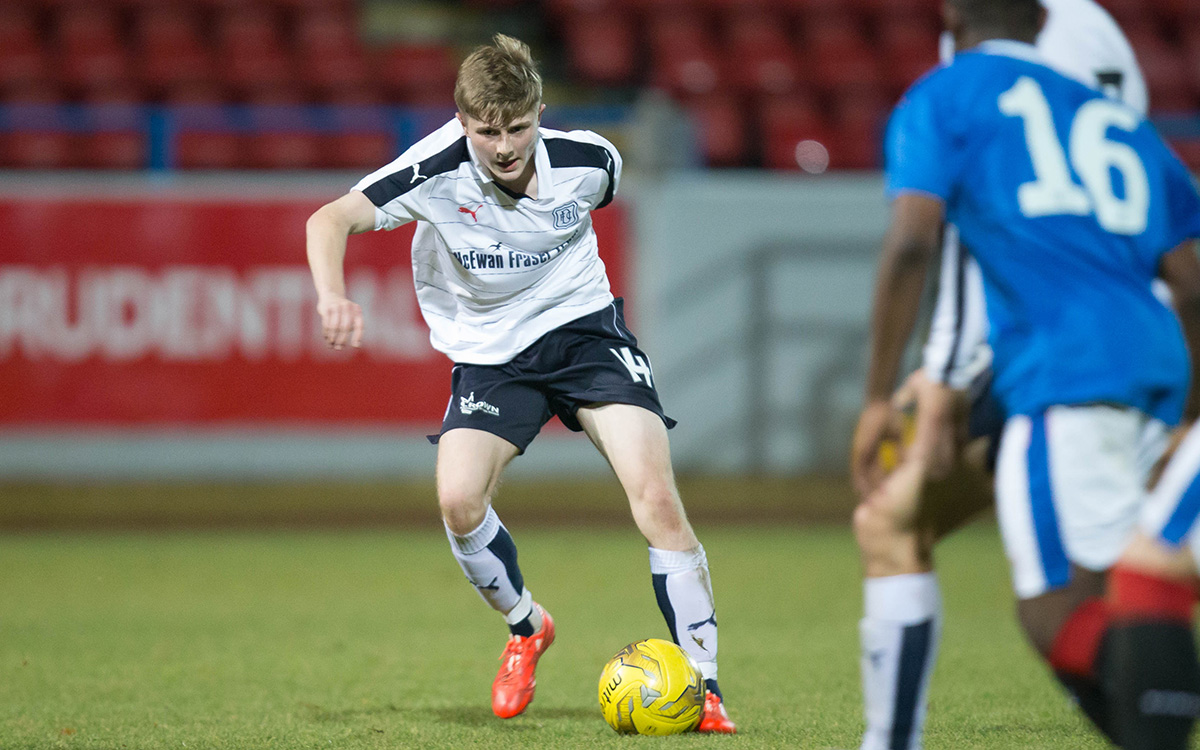 Vs Ross County U20

The U20s were narrowly beaten by Ross County in the Development League. Davis Keillor-Dunn’s free kick early in the second half secured all three points for the Staggies, against a relatively young Dundee side that welcomed back Marc Klok into the starting 11, and featured two young trialists on the bench.

Dundee started brightly and should have been ahead inside five minutes when Josh Skelly slipped the ball into Connor Coupe, but the Dundee winger fired over from inside the penalty area.

Both sides were cancelling each other out in the midfield, with neither goalkeeper being called into action inside the opening 15 minutes. County’s James Wallace should have done better with his header from Jonathan Franks delivery, but the midfielder could only put his header wide of the mark.

Dundee keeper Callum Ferrie was called into action midway through the first half, pushing away Franks low cross-cum-shot. Dundee’s best chance of the half came with eight minutes of the first half remaining. Daniel Higgins heading Josh Skelly’s free kick over the bar from close range.

This was Skelly’s last contribution in the match, as with four minutes remaining the man currently on loan at Arbroath went off injured. The striker leading the Dundee counter-attack, but pulled up in the centre circle.

County got the second half off to the perfect start, as they opened the scoring after 50 minutes. Marc Klok penalised for a handball on the edge of the Dundee penalty area, and Davis Keillor-Dunn stepped up and curled the ball into the top corner, giving Ferrie no chance.

County were on top and would have been further ahead if not for a fine save from Ferrie, this time the Dark Blues keeper denying Wallace at the near post. Dundee would have had an equaliser after 78 minutes but nobody in a dark blue shirt could get on the end of Klok’s wicked corner kick.

The visitors nearly added a second from a corner of their own with three minutes to go. Mathew Hall’s header coming back of the post.

It was clear from the opening exchanges that this match was going to be decided by a mistake or a moment of magic. Unfortunately for the Dees, it was County that came up with the latter, but that shouldn’t take away from a relatively solid performance. Callum Ferrie could do little about the goal and was largely untroubled for most of the game. Unfortunately, the same can be said of County keeper Mark Foden. The trialists, a right and left winger both showed glimpses, with the number 15 on the left-hand side producing some nice touches and build up play. Above all though, everyone will hope that Josh Skelly’s injury isn’t as bad as it looked, and we see him back in a dark blue shirt as soon as possible.