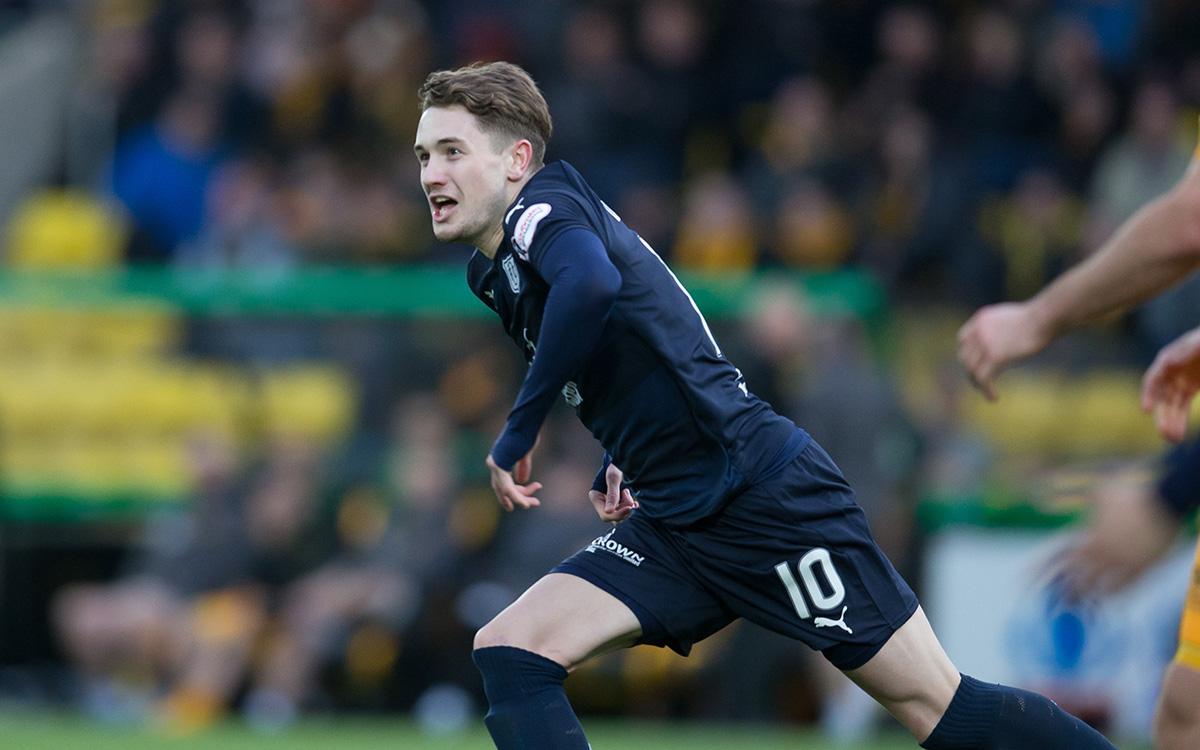 Dundee brought three priceless points home from West Lothian after a 2-1 win at Livingston. The Dark Blues did it the hard way, falling behind to Craig Halkett’s first half goal. Andrew Nelson’s header brought them level shortly after the break and Scott Wright thrilled the travelling Dees with a magnificent free kick late in the game. Livi had to play with 10 men for 80 minutes after Shaun Byrne’s early red card.

The Dark Blues fielded the same team that drew in the last game, 10 days ago at home to Kilmarnock. Livingston made two changes following their draw at Hearts. Keaghan Jacobs and Scott Robinson came in for Steven Lawson and Steven Lawless.

Dundee started the livelier side and quickly had Livingston under pressure. Andrew Nelson and Craig Curran were combining well in attack. Nelson had the first shot, firing over from 25 yards after a neat build up with his strike partner.

Nelson should have put the Dee ahead after 10 minutes. He was free six yards out from but headed James Horsfield’s cross over the bar.

Livi always looked dangerous from set pieces and Ryan McGowan had to fling himself in the path of Craig Halkett’s shot after the ball was nodded down from a free kick. Ricky Lamie’s cross then struck the outside of the near post. Dundee broke at pace only for Shaun Byrne to catch Andreas Hadenius with a challenge that was high, late and reckless. Referee Greg Aitken had little difficulty deciding it merited a red card.

Having started with six midfielders and a lone striker Livingston had little difficulty adjusting to the lost midfielder. The wing backs were more cautious and Livi sat back for the rest of the half trying to hit the Dee on the break.

The Dark Blues missed another great chance when Nelson got free on the right and pulled a low ball across to the far post only for Scott Wright to fire over the open goal from six yards out.

The miss looked like being costly because a couple of minutes later Livingston went ahead when the Dee failed to defend a long throw. The ball was nodded on at the near post for Craig HALKETT to force it over the line at the back post.

The Dark Blues took charge of the game against a deep lying Livi team, but it took them some time to create more chances despite fierce pressure in and around the home penalty area. Scott Wright and Martin Woods were both off target with shots from the edge of the penalty area.

The pressure eventually turned into chances and the Dark Blues went close twice late in the half. Andy Nelson made space to shoot with a superb turn but fired wide. Andy Dales then ran clear onto Nelson’s pass, but failed to get his shot on target.

Dundee replaced Andreas Hadenius with Paul McGowan early in the second half. Dundee started to find space more easily as Livingston made more of an effort to get players forward to support Ryan Hardie and were more open when the Dee broke. Livi had a chance at the start of the half when Scott Robinson shot on the turn, but sent a weak shot straight at Seny Dieng. That signalled the start of an onslaught by the Dark Blues on the home goal.

Andy Dales went very close when his flick from James Horsfield’s cross flew just over the bar. At last, after 53 minutes the Dark Blues scored the goal they deserved following a corner. The first ball, from the left, was cleared to the Dee right. Scott Wright picked it up and flighted a fine cross into the six yard box for Andrew NELSON to send a looping header over Liam Kelly and inside the angle of the woodwork.

Nelson lasted only a few minutes longer before limping off to be replaced by Kenny Miller. Dundee threw themselves into the attack, looking for a winner. Paul McGowan went close, flashing a shot across goal after running onto a great pass from Horsfield.

Livingston then had their best spell of the match and Ryan Hardie’s curling effort wasn’t far away. Dundee briefly lost some of their impetus as the match opened up and Livi started to believe they might still snatch a win. Steven Lawless had a penalty claim, but the referee decided he had gone down too easily and booked him.

However, Dundee soon snapped back into control and Jesse Curran came on for the tiring Andy Dales, who had a fine first half. Another great Horsfield pass released Craig Curran wide on the right but Livingston scrambled his cross away for a corner.

Jesse Curran’s pace and directness allowed him to race through from the right towards the penalty area, only to be chopped down by a bad Jacobs tackle. The referee seemed to have erred in awarding an immediate free kick rather than playing advantage and allowing Paul McGowan in on goal. It hardly mattered because Scott WRIGHT stepped up to score with a wonderful free kick from 25 yards, over the wall and dipping into the top corner. 82 minutes gone and at last Dundee were in the lead.

Dundee still had to call on Seny Dieng to pull off a fine double save to confirm the three points. He did very well to get to Halkett’s 15 yard shot, then pick himself up and block Chris Erskine’ s follow up.

The Dark Blues spent most of the four minutes injury time keeping the ball deep in Livi’s half and the final whistle produced a huge roar of joy and relief from nearly a thousand Dees who had been roaring the team through to the end.

This should really have been a much more comfortable win; the Dee passed up a series of fine chances before scoring. However, the players dug deep and kept plugging away till they forced the win they richly deserved. There was the occasional sloppy moment defending set pieces, but for the most part the defence handled Livingston well and helped to set up attack after attack. There was lots to enjoy in the Dee’s approach play and the forwards carried a constant goal threat.

There is still a long way to go, but this win lifts Dundee out of the bottom two and confirms the improvement that Jim McIntyre has brought. The new men impressed again and contributed two fine goals. Correction – one fine goal, and one that will be a candidate for the Dee goal of the season. Scott Wright’s free kick was that good!

Sent off: Byrne (foul on Hadenius). 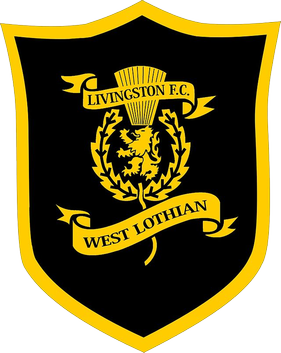