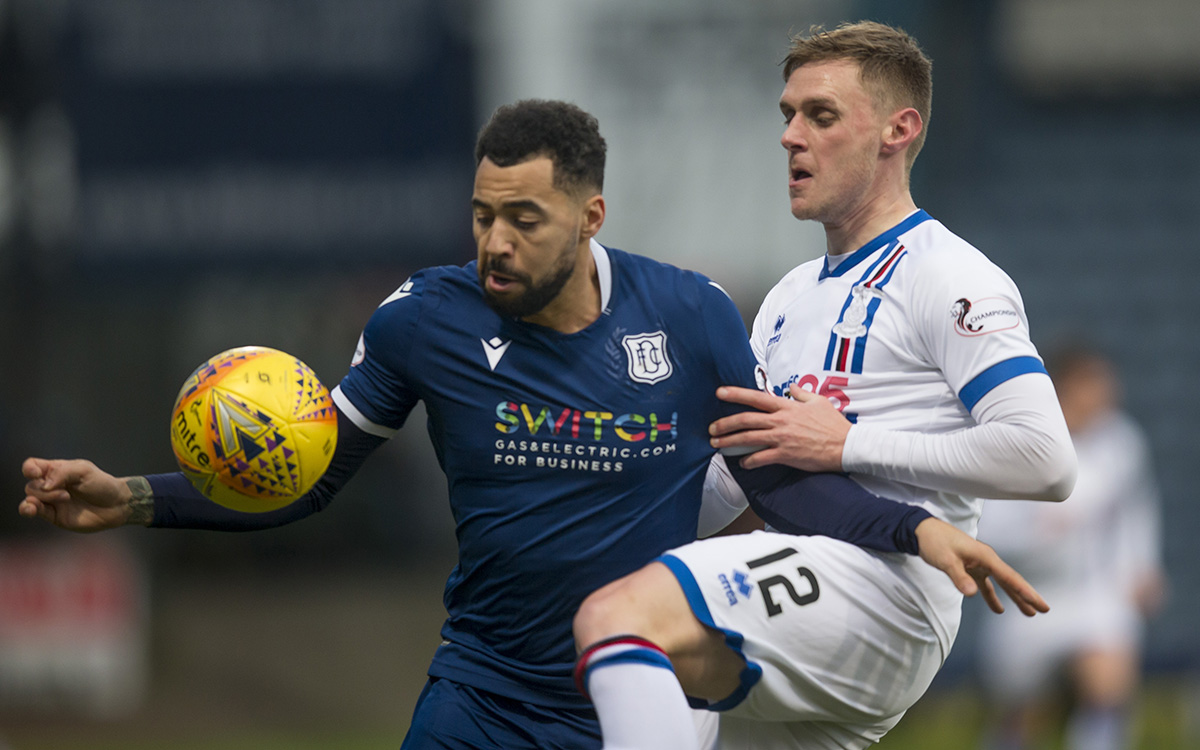 Dundee’s 2020 started badly with a poor 2-0 defeat at home to Inverness Caledonian Thistle. The visitors took advantage of poor defending to open up a decisive lead in the first half hour. After that the Dee struggled to break down Caley Thistle who saw out the match comfortably.

The Dark Blues were unchanged for the third match running. Caley Thistle made three changes after losing at home to Arbroath. Carl Tremarco, James Vincent and Nikolay Todorov came in for Jamie McCart, David Carson and Jordan White.

Little happened in the opening 15 minutes, the only shot being an optimistic free kick by James Keatings from wide on the Dee left. He failed to catch Jack Hamilton by surprise and the keeper beat the shot away.

There were a couple of moments when Inverness were slow to track back as the Dark Blues broke out of defence but the visitors soon snapped out of that bad habit. It was the Dee who committed that sin as the game turned decisively away from them.

After 17 minutes Caley Thistle took the lead with a goal that was disappointingly simple from the Dundee point of view. A long, diagonal pass cut the Dee left out of the game and found Shaun Rooney running into a vast expanse of unguarded space on the right. He had time to pull the ball back behind the retreating defence for the unmarked Aaron DORAN who was waiting to smash the opening goal home from 12 yards.

Six minutes later the visitors added a second goal. Dundee failed to work a short corner and Caley Thistle broke clear. Just inside the Dee half Jordan Marshall should have tidied up, but he slipped allowing KEATINGS to run through unchallenged and shoot past Hamilton.

With the Dee shaken Caley Thistle almost took advantage of a flustered defence only a minute later, but Miles Storey powered an angled shot into the side netting.

From then till the end of the first half the visitors barely ventured into the Dee’s half. They didn’t need to. With endless possession the Dark Blues conjured up nothing to trouble Caley Thistle. The away midfield and defence maintained their positioning and concentration. Dundee simply couldn’t find their way through the midfield to penetrate a comfortable defence.

The opening of the second half brought a slight and brief improvement; for a few minutes Caley Thistle’s defence was stretched. A shot by Sean Mackie was deflected across goal, just out of Kane Hemmings’ reach. Within a minute a Jordan McGhee effort from the edge of the penalty area was turned round the post by Mark Ridgers in the away goal.

After that brief flurry the visitors’ defence and midfield settled down. As in the first half, Dundee’s attacks repeatedly ground to a halt as they approached the penalty area.

The Dark Blues could never play their way through the two banks of four. The alternative of going long, hoping that Hemmings or Johnson might spring their strike partner free, never worked. Caley Thistle had no trouble dealing with high balls. If a Dundee striker did succeed in knocking the ball on, it was always a Caley Thistle player who tidied up.

Ridgers had to make only a couple of saves, but neither was anything that a professional goalkeeper would have considered difficult. He took a powerful 20 yarder from McGhee well and turned a Johnson header over the crossbar.

Caley Thistle’s attacks were a rarity in the second half, but the game was going very much the way they wanted. Jack Hamilton’s only significant involvement after half time was a routine save from a Keatings free kick.

The nearest that Dundee came to a goal was when Jordan Marshall’s shot from 18 yards took a deflection and shaved the outside of the post.

In the final half hour there was little to excite the supporters as the game drifted to a limp conclusion. Sadly there was no hint of an effective fightback by the Dee.

Caley Thistle got the basics right today. They stopped Dundee playing. They made far fewer mistakes, and in particular they didn’t give the ball away nearly as often as the wasteful Dark Blues. When they got chances to score in the first half they helped themselves. After that they were resolutely stingy, allowing Dundee no route back into the match.

Dundee fell well short of the required standard today and no part of the team can be satisfied with their contribution. In December the Dark Blues were unbeaten and showed encouraging signs of improvement. Today the old problems of defensive frailty, lack of penetration from midfield, and isolated strikers feeding on scraps were all back. 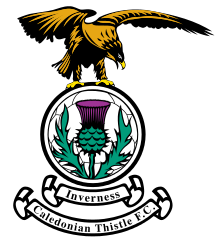