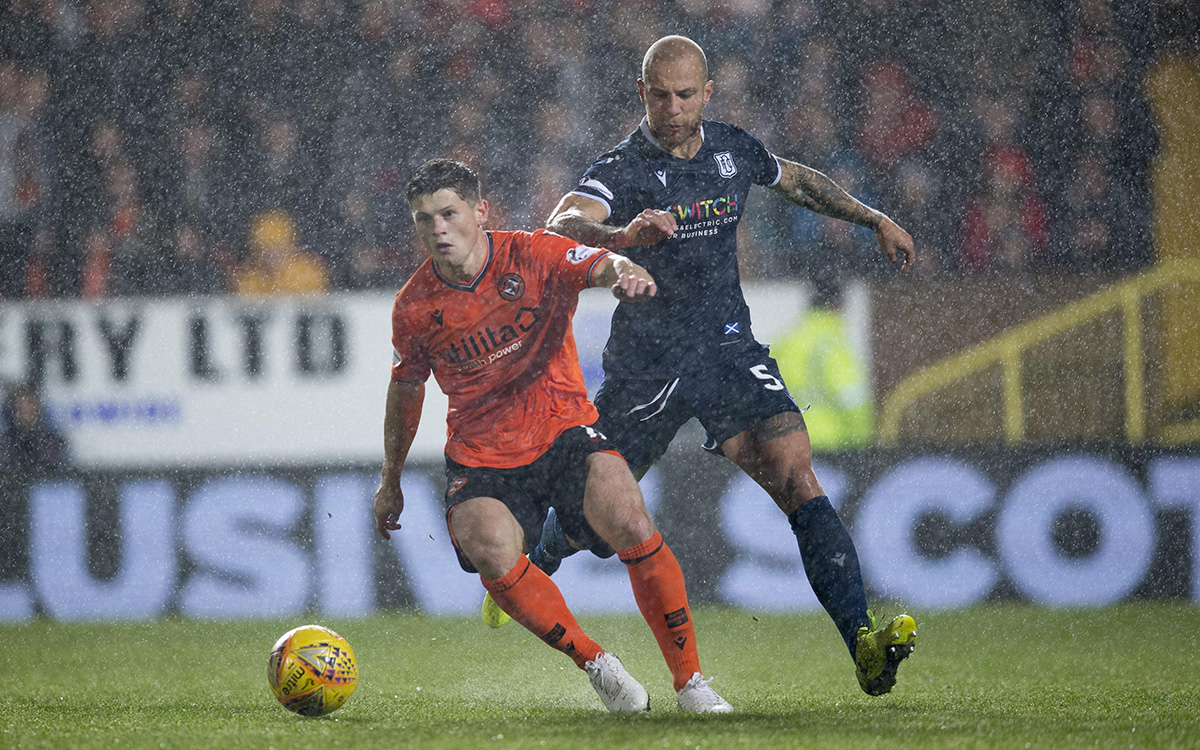 Dundee crashed to a 6-2 defeat at Tannadice Park in the first derby of the season. Calum Butcher put Dundee United ahead only for Kane Hemmings to equalise quickly. In a nightmare seven minute spell late in the first half United ran in three goals from Louis Appéré, a Lawrence Shankland penalty and Butcher again. Ian Harkes added a fifth at the start of the second half. Andrew Nelson came off the bench to pull a goal back, but Cammy Smith completed the scoring with a late goal.

United started quickly, always trying to move the ball forward to their strikers a tactic that proved hugely effective throughout. However, it was the Dee who created all the early danger. They had the ball in the net from Danny Johnson’s low drive, only for the goal to be disallowed for offside. The Dee kept the home side under pressure and Benjamin Siegrist had to save well from Johnson’s fierce shot. Declan McDaid then sent a blistering drive inches over the bar.

Play flew from one end to the other and United had several early corners that had created little danger. They got it right after 14 minutes. The Dee defence failed to clear a corner and Calum BUTCHER sent a header looping over Jordan Marshall on the line and into the top corner.

The Dark Blues responded well and came back strongly at United. Midway through the first half Jamie Ness’s free kick was headed down by Jordan McGhee at the far post. Kane HEMMING’s first effort was blocked on the line. He made no mistake with the second shot to give the Dee a deserved equaliser.

With 30 minutes gone Dundee were looking good and had the support right behind them. And then it all went horribly wrong. The defence has been solid, but caved in to concede three goals in a dreadful seven minute spell.

Another set piece was dealt with poorly. Pawlett’s free kick wasn’t cleared and Louis APPÉRÉ had time to chest the ball down and thnump his shot into the net off the underside of the bar.

Three minutes later Declan McDaid was unfortunate to concede a penalty when he slipped and brought Paul McMullan down. Lawrence SHANKLAND smashed the spot kick down the middle.

United were mistakenly awarded a corner and took full advantage of that little spot of luck when BUTCHER wasn’t picked up and glanced a header in off the far post.

After an encouraging opening half hour the Dee dropped right out of the game after United’s second goal. The normally reliable defence switched off and botched a set of simple set pieces.

The second half couldn’t have had a worse start when Ian HARKES tried his luck from 25 yards. His shot took a deflection off Forster and Hamilton was helpless.

With a 5-1 lead United sat back and Dundee dominated territorially without posing a serious threat. Paul McGowan came on for Danny Johnson, and Andrew Nelson replaced Josh Todd. Dundee stepped up the pressure and looked more threatening. The substitutes combined for a neat goal when McGowan clipped over an inch perfect cross for NELSON to score with a volley at the far post.

United continued to sit deep, working furiously to harry Dundee and close down attacks. THe Dark Blues had plenty of of possession and created a few scrambles in the home penalty area without fashioning any more clear chances.

In the last ten minutes, with the game safely won, United emerged from their shell and almost scored immediately. Cammy Kerr cleared off the line from substitute Cammy Smith after a speedy McMullan run to the byline. United then helped themselves to a simple sixth goal when the Dee defence failed to deal with a ball down the middle, allowing it to bounce. United won possession and Nicky Clark played SMITH in to score.

Dundee’s defence has been secure so far this season, but tonight they gifted United a succession of cheap goals. The home side got a huge surge of confidence and energy from the goals. They were faster and sharper to the loose balls and never looked in any danger of allowing the Dee back into the game in the second half despite all the time that Dundee spent in their half. There was an element of luck to a couple of United’s goals, but United can fairly claim they earned the little bits of luck. Dundee simply defended far too poorly to deserve anything better from this match. 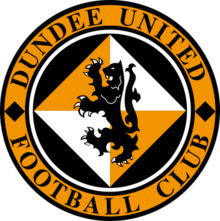