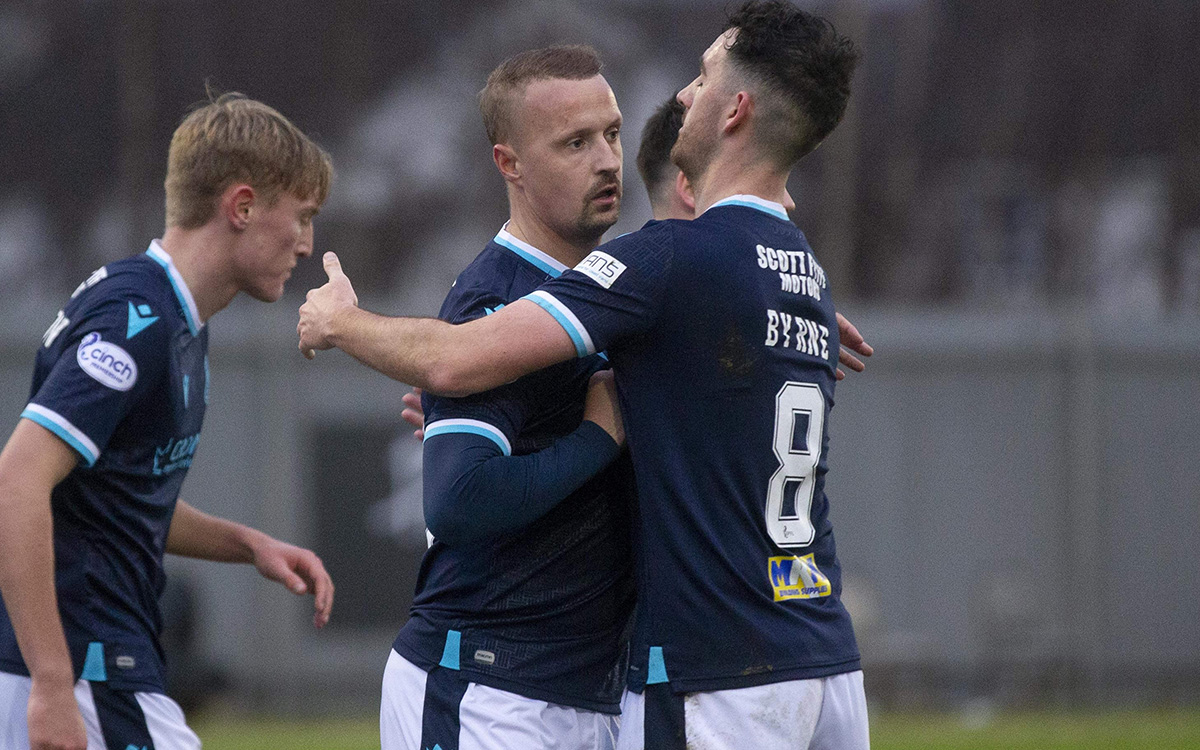 Dundee fought their way through to the 5th round of the Scottish Cup with a narrow 1-0 win against Dumbarton. Leigh Griffiths came off the bench at half time to score the only goal from the penalty spot midway through the second half. A tricky and competitive cup tie swung the Dark Blues’ way when Ross MacLean was red carded late in the first half, but the Sons never gave the Dee a moment’s peace and took great credit from the match.

There were three changes to the Dark Blues’ starting eleven. In goal Ian Lawlor made his debut, replacing Adam Legzdins who was on the bench. Shaun Byrne and Josh Mulligan came into the midfield in the place of Charlie Adam and Paul McMullan who were both named as substitutes.

Dundee started confidently, creating danger with crosses from the left and threatening at set pieces.

Paul McGowan’s corner was missed by the Sons defence but Josh Mulligan failed to connect cleanly with his volley and Sam Ramsbottom saved easily.

Instead of building on a good opening 20 minutes Dundee allowed Dumbarton into the game. Ross MacLean tried an ambitious back heeled shot that was taken easily by Ian Lawlor and Connor Duthie hit a fierce shot that flashed across goal from wide on the right.

The game became increasingly untidy with Dundee unable to exert control over a midfield in which neither team could hold onto the ball for long.

The only further goal threat from the Dee before half time from came when Jordan McGhee’s powerful 35 yard shot was tipped over the bar by Ramsbottom.

Two minutes before half time came the decisive moment that swung the match in Dundee’s favour. Referee Colin Steven spotted an off the ball incident as Dumbarton were about to take a free kick. Cammy Kerr was the victim who ended up prostrate on the turf and Ross MacLean received a straight red card.

In the first half Dundee’s wide players didn’t see enough of the ball in good positions.

At half time the Dee reorganised into a 3-5-2 formation with Leigh Griffiths and Paul McMullan replacing Paul McGowan and Jordan McGhee.

McMullan and McCowan were operating more as orthodox wingers than wings backs as the Dark Blues set out to take charge.

The new set up worked well for most of the second half, long enough for the Dee to take a deserved and decisive lead.

The pressure was on the Sons from the restart. Mullen had a free header from a corner but powered his effort wide.

Griffiths had a chance when a McCowan cross broke to him, but he could get no power in his shot and Ramsbottom saved easily.

Charlie Adam was thrown into the fray just before the hour mark, replacing young Josh Mulligan who had done well in only his second competitive start for Dundee.

Within a couple of minutes Dundee had won a penalty. McMullan sent Max Anderson into the penalty area, wide on the right. Anderon’s fiercely driven cross struck Sam Muir’s arm and Mr Steven pointed to the penalty spot.

Leigh GRIFFITHS took the penalty and Ramsbottom got a strong hand to the shot, but there was enough power to carry the ball into the net.

The Dark Blues looked as if they would run away with the game and started to batter the Sons, putting the home side under fierce pressure.

Anderson had a low shot blocked in the goalmouth, and Kerr headed wide when unmarked at a corner.

Dumbarton managed to cope with the Dee’s surge and started to venture upfield in the hope of an equaliser.

Joshua Oyinsan’s height and strength was a constant nuisance as he battled for long balls. Dumbarton won regular set pieces that way and they always looked capable of snatching a goal against Dundee’s improvised defence. Fortunately the Dee dealt effectively with the aerial bombardment, with Ryan Sweeney playing a vital role as the solitary centre back.

The best chance for the Sons came after 75 minutes when a cross found its way to Stuart Carswell beyond the far post. Under pressure from Griffiths he shot too high.

The Dee should have killed the game off from numerous opportunities to break against 10 men, but they constantly failed to take advantage.

At the end of the best break Griffiths shot across goal and wide after a long sprint down the right by McMullan.

Deep into injury time Dumbarton had a penalty claim for themselves when Connor Duthie’s cross struck a defender, but Mr Steven was unimpressed.

Dundee did enough to win today, but it was hardly an impressive victory. Dumbarton made the Dee battle every step of the way. After taking the lead the Dark Blues were not as comfortable as they should have been against 10 men.

Nevertheless, the Dark Blues are through to the next round after a difficult tie on a poor pitch against highly motivated opponents who worked furiously hard to cause an upset. It was hardly a classic, but the Dee did enough.

Sent off: MacLean (foul on Kerr). 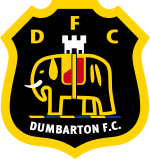