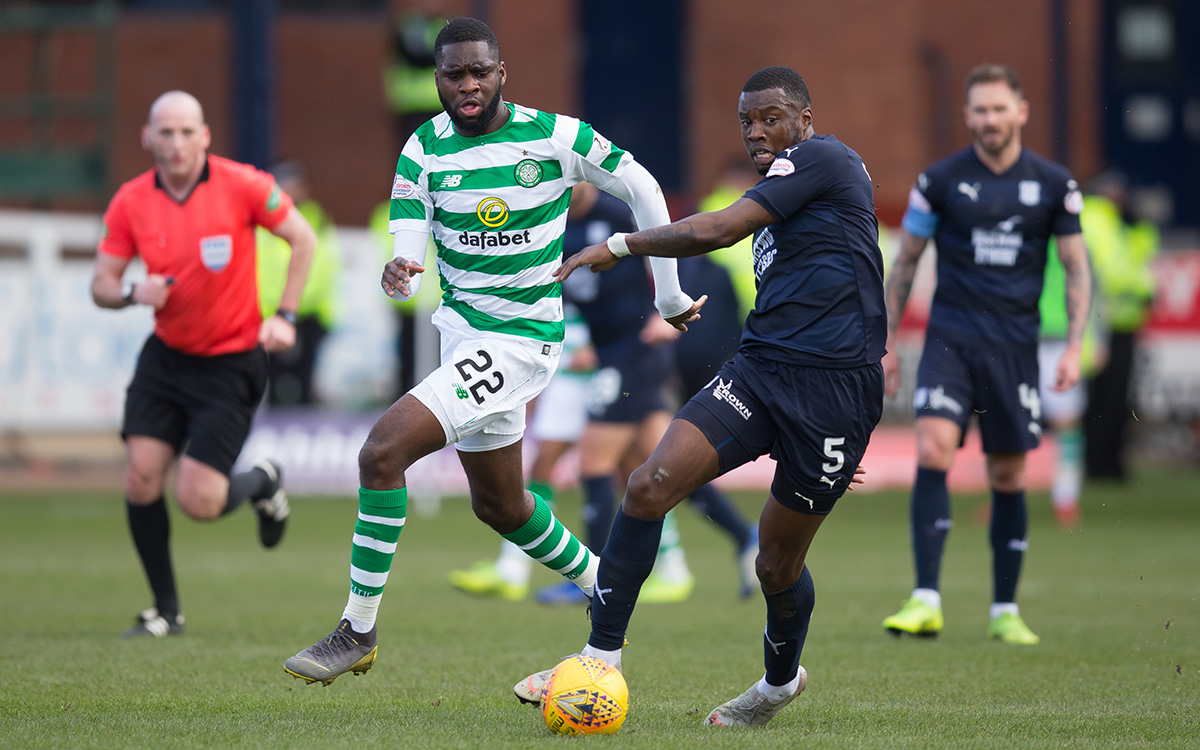 It was the ‘pain of six’ for Dundee at the Kilmac Stadium at Dens Park this afternoon when Odsonne Edouard snatched victory for Celtic with a 96th minute winner. Despite the visitors enjoying most of the possession, the Dark Blues were on course for a well earned point after a performance of courage, determination and grit until Celtic’s last second winner. The Dee had been resolute, compact and dangerous on the break but when the Fourth Official held up the board to indicate six minutes of injury time, there were groans and disbelief amongst the home support as no one could understand where all the additional time had come from and The Hoops took full advantage.

Dundee lined up with two changes from last weekend’s game against Hearts with Kusunga and O’Sullivan coming in to replace Dales and Craig Curran as The Dark Blues lined up with five across the back in an attempt to be solid at the back and hit Celtic on the break.

Predictably The Bhoys attacked Dundee from the off but it was The Dee who had the first real chance when Ethan Robson fired over the bar from the edge of the box. Sixty seconds later Celtic went right back up the park and tried a long range effort themselves but Kieran Tierney’s shot was deflected behind for a corner.

Ryan McGowan headed that corner away and it was the first of a series of crosses that were sent into the Dundee box which were comfortably dealt with by Dundee’s central defensive trio of McGowan, O’Dea and Kusunga.

As the first half progressed Scott Sinclair and James Forrest had multiple efforts on goal before Callum McGregor tested Seny Dieng from distance. The goalkeeper looked less convincing when he blocked a Scott Brown 20 yard shot but he recovered well to palm away Edouard’s rebound.

Dark Blue hearts were in their mouths again when Celtic attempted a training ground move at a corner when McGregor found Forrest on the edge of the box but the Scotland winger’s volley was blocked inside the six yard box.

Dieng was called into action again five minutes before the interval when Sinclair tried to curl a shot into the top right hand corner but Dundee’s Swiss goalkeeper was able to palm the ball away to safety.

Despite all this pressure on the home goal it was Dundee who had the best chance of the first half and it came just before the break. Kenny Miller fed Robson who in turn released Scott Wright through on goal but when he ran into the Celtic box he found Scott Bain had rushed off his line to meet him and smother the forward’s shot.

After half time there was no let up from Celtic in terms of possession and territory but chances became more scarce as the Dark Blue defence stood firm. Johnston flashed an effort across the Dundee six yard box and Sinclair lifted an effort towards goal but it was deflected wide.

McGregor was another whose shot was deflected, this time into the arms of Dieng while Forrest had a shot blocked by Horsfield.

Kenny Miller was leading the Dundee line well and he got a rare sight of goal ten minutes into the second half when his ambitious effort was deflected behind for a corner. Scott Bain then had to punch the Woods corner from under his crossbar and it gave the Dundee support some hope that they might be able to snatch something.

Both sides made changes as the game moved into its latter period but the flow of the game remained the same. Celtic probed and pushed inside the Dundee half as the Dark Blues defended valiantly but they tried to counter whenever possible.

Unfortunately it was from one such advance that The Dee were undone. By then five minutes of the bizarre six additional had been played and substitute Andy Dales had broken upfield and into the Celtic box to set up Dark Blues’s captain Martin Woods . His shot was deflected into the arms of Bain and within seconds The Celts were back up the other end. Edouard played a one-two with Forrest inside the Dundee area and when he received the ball back, smashed it home though a crowded six yard box.

The away fans were delirious as their manager ran down to the corner flag to celebrate with them with the despondent Dees starting to trudge home. Jim McIntrye was at pains to stress that the unexplained long injury time was not the reason his side lost but rather the lack of taking their chances and losing possession late on was more of a factor.

There was no faulting the players’ efforts and the desire was there to see but points are desperately required. Perhaps chasing that win late on ultimately cost the Dark Blues a valuable point but the hard luck stories of recent weeks need to stop and that needs to start in Paisley in a fortnight. 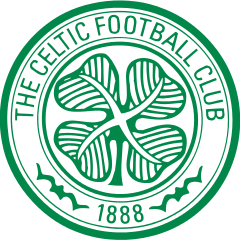