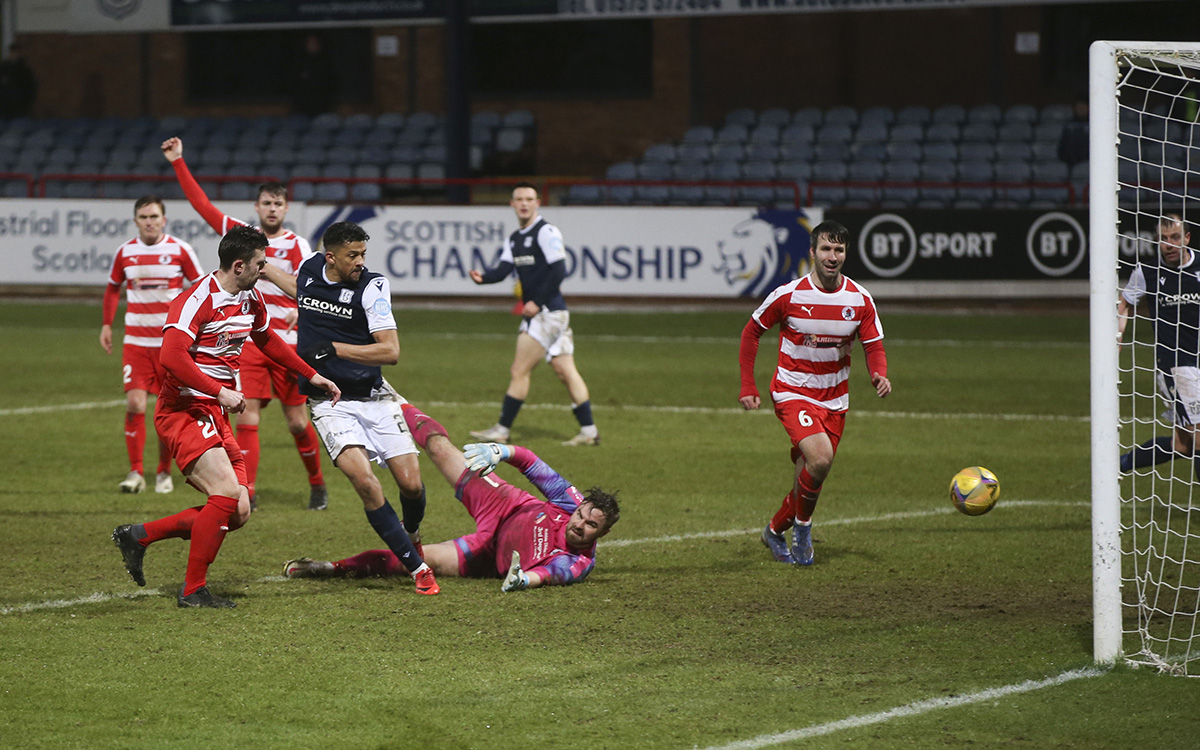 Bonnyrigg Rose gave Dundee an almighty scare in the Scottish Cup tonight before the Dark Blues squeezed through to the 3rd round with a 3-2 win. Lee Currie put Rose ahead with a first half penalty and the Dee couldn’t manage an equaliser until substitute Jonathan Afolabi rescued them in the 94th minute. Another Currie penalty restored Rose’s lead in the first period of extra time, but Lee Ashcroft and Osman Sow both scored in the second period to save the day for the hugely relieved Dark Blues.  Dundee take a place in the 3rd round, but it’s Rose who take all the plaudits.

There were two changes to the Dundee team that beat Hearts. Jordon Forster and Finlay Robertson came in for Christie Elliott and Jordan McGhee. Bonnyrigg fielded the same 11 that beat Bo’ness in the last round.

After the Dark Blues got off to a flying start agains Hearts it was disappointing that they started slowly against Bonnyrigg. The first chance fell to Rose when the ball was half cleared out of defence and quickly returned into the penalrty area by Dean Hoskins, leaving George Hunter free. It took a fantastic save from Jack Hamilton to turn George Hunter’s shot round the post.

Midway through the half Rose went ahead following the softest of penalty awards. Dean Hoskins took a fresh air swipe at a cross, connected with Jordon Forster, and somehow won a penalty kick. Lee CURRIE blasted the spot kick past Hamilton.

Up till that point Mark Weir in the Rose goal had dealt with some awkward crosses but hadn’t been called on to make a save. That soon changed and be was the busiest man on the pitch for the rest of the match. The Dark Blues were a long way short of the standard they set against Hearts but they began to wind up the pressure on Rose’s defence. Weir couldn’t hold a fiercely driven ball to the near post from Paul McGowan. Osman Sow’s follow up was blocked and then the keeper saved well from Charlie Adam’s ferocious 18 yard shot. At the end of the first half Weir saved again at the feet of Sow after Danny Mullen’s persistence created a fleeting opening.

Dundee should have equalised at the start of the second half but Sow flicked a terrific Adam cross wide from a few yards out. The Dark Blues were totally dominant in possession, but were finding it hard to get through Rose’s packed, compact and hard working defence. Mullen went close from 20 yards, and then missed a defence splitting pass from Adam when a touch would have beaten Weir.

Adam hit a 20 yard free kick against the defensive wall as the pressure on Rose grew and the tension mounted. Sow missed another good chance when he headed over from close range at a corner. If he was careless with that he was unlucky shortly afterwards when the referee missed Hoskins pulling him back as he went for one of Adam’s dangerous crosses.

With Rose sitting deep and abandoning the midfield Dundee brought on Jonathan Afolabi and then Max Anderson for Fin Robertson and Shaun Byrne to try and force an equaliser.

Weir seemed to be in unbeatable form as he made great saves from Sow’s blast from 20 yards and then a McGowan header. Rose had defended heroically but rode their luck on occasions, never more so than in the 80th minute when Neil Martinuiik swiped an Adam cross against his own crossbar.

The Dark Blues went through an uncomfortably sticky spell towards the end of regulation time when they couldn’t maintain the pressure on Rose and a tame, early exit from the cup looked inevitable.

There were five minutes of added time and the Dark Blues threw themselves at Rose in desperation. Weir pulled off another brilliant save from Lee Ashcroft’s header at a corner. From yet another corner Dean Brett hacked Liam Fontaine’s header off the line.

In the fourth minute of injury time the relentless pressure and stream of Adam corners pinging into the goalmouth broke Rose. Ashcroft headed back across goal. Sow’s header was clawed away by a remarkable reflex save by Weir, but to no avail. AFOLABI followed up to force the equaliser over the line, to the despair of the visitors, and the joyful relief of the Dark Blues.

To their huge credit Rose didn’t buckle in the first period of injury time. In the last five minutes before the turnaround Rose did more attacking than they had done in normal time and won another penalty at the very end of the first period. Jordan Marshall challenged Ross Gray from behind. The Rose substitute went down, and Lee CURRIE duly scored fom the spot.

The Dark Blues picked themselves up again, and eased their supporters’ frayed nerves with a rapid equalliser at the start of the second period. Lee ASHCROFT headed home from six yards from another Adam corner.

The Dee were still stuttering, but there was now only going to be one winner against an exhausted Rose team who had given everything for their club. Five minutes after the equaliser Weir saved a curling shot from Mullen, only for Osman SOW to follow up and stroke the ball into the net.

Jonathan Afolabi should have added a fourth when he shot wide from close range after a fine run and cross by Marshall. That would have been extremely harsh on Bonnyrigg Rose who took all the credit from this tie and came so, so close to creating a historic Scottish Cup shock.

There can’t be a single Dundee supporter who didn’t breath a huge sigh of relief at the final whistle after the Dee squeaked through in the most unconvincing manner. The players kept going and didn’t panic when defeat was staring them in the face, but this was a poor performance by their standards.

Thank goodness that’s over and the Dee are through to the next round. But the final verdict on tonight’s cup tie has to be, well done Bonnyrigg Rose: your players were a credit to the club. 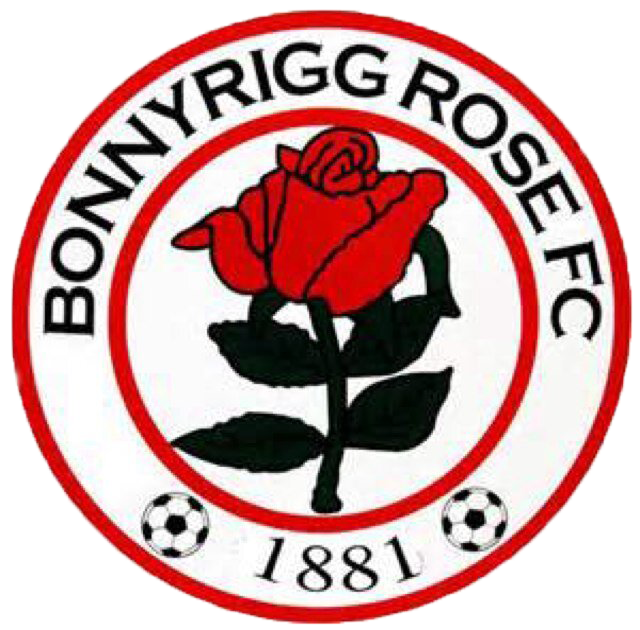