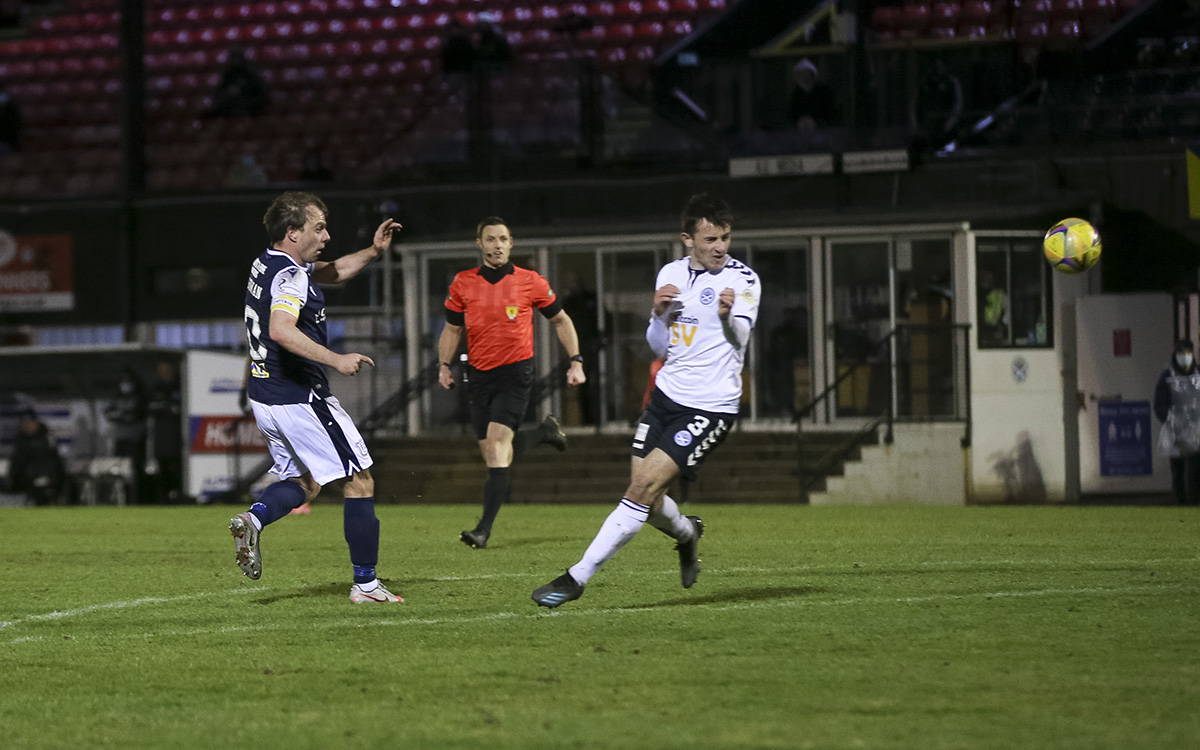 The Dark Blues put in their best away performance this season to earn a 3-0 win at Ayr’s Somerset Park. The first hour passed quietly, but after Max Anderson opened the scoring the Dee dispatched the Honest Men ruthlessly. Jonathan Afolabi added a second shortly after coming off the bench, and Paul McGowan put the cap on a perfect evening with a dee-lightful chip.

After varying the starting eleven for the cup tie against St Johnstone James McPake reverted to a line-up more like the one that won the two previous league games. Christie Elliott, Paul McGowan and Jason Cummings started, replacing Cammy Kerr, Shaun Byrne and Charlie Adam who were all named as substitutes.

It took quarter of an hour for either side to have a shot or header at goal. Ayr’s left back Patrick Reading was first to have a go. His optimistic shot from wide on the left was straight at Adam Legzdins, who gathered the shot confidently. Jason Cummings had the Dee’s first goal effort after 20 minutes, but his first time shot from the edge of the area was also comfortably taken by Sinisalo in the Ayr goal.

After that quiet opening very little happened in the rest of the first half. For Ayr Luke McCowan thumped a shot from 20 yards well over the crossbar following a corner, and Jason Cummings sent a header wide after Lee Ashcroft had headed a corner on to him. Declan McDaid made a good solo break down the left and cut inside, only for his shot to be deflected wide for a corner.

Dundee were the more composed side but neither team was able to move the ball around quickly enough to unsettle their opponents. That all changed in a second half when the Dee found a welcome ruthless streak.

The opening of the second half gave no clue about what was to follow. Ayr spent the first five minutes in the Dundee half, attacking hopefully, but without any great conviction. The Dark Blues kept them at bay comfortably, and then started to take control and put Ayr under pressure.

The opening goal arrived after 67 minutes. Jason Cummings attacked down the right, moved inside and tried a shot. His effort was deflected to Max ANDERSON, who turned quickly to shoot high into the net from 12 yards.

Ayr had done little to trouble Dundee up to that point and it was vital that Dundee kept their head and maintained a firm grip on the game. They did both emphatically and Ayr never came close to mounting a fightback.

Jonathan Afolabi replaced Jason Cummings immediately after the goal, and he scored himself seven minutes later. The Dark Blues kept up the pressure on Ayr after a corner and refused to let their hosts clear easily. Paul McGowan won the ball, setting up Paul McMullan to shoot. The shot was blocked but fell to AFOLABI to crack the second goal past the helpless Ayr keeper.

Shaun Byrne replaced Max Anderson for the final 10 minutes, helping to ensure that the Dee kept a tight grip on proceedings. Ayr were a spent force by this time and the only doubt was whether Dundee would add to their lead, and whether they would maintain their dominance to claim a welcome clean sheet. The Dark Blues did both, and put the seal on an excellent second half with the goal of the game after 86 minutes.

A lovely passing move down the left ended with Paul McMullan finding Paul McGOWAN in just enough space on the 18 yard line to send a gorgeous chip over Sinisalo. Dundee then saw the game out without any trouble at all.

As the the game ticked over into injury time Dundee sent on Lyall Cameron and Charlie Adam for Paul McMullan and Paul McGowan. Ayr had made a concussion substitution and that allowed them to make a fourth substitution, which meant the Dee could also make four.

Ayr United have given the Dee serious problems in the two previous games this season. These were probably Dundee’s worst performances of the campaign, but tonight was very different. The Dark Blues showed their true qualities in a second half when they looked very impressive.

It was good to see young Max Anderson notch up another goal, yet again being rewarded for making well timed runs from midfield and find space in the penalty area. Jonathan Afolabi’s goalscoring appearance from the substitute’s bench was a reminder of the attacking strength in depth that the Dee have. The cherry on the Dundee cake, however, was Paul McGowan’s sublime final goal, which was as good as any he has scored outside a derby.

Dundee have earned too few clean sheets in the league this season, and this was only their fifth. It was, however, their third in five games. Not only was this the Dee’s second successive 3-0 win on the road, it was their third successive win, in all of which they have scored three times. The Dark Blues have badly needed to find consistency this season and they are starting to do it now. Dundee have found their best form of the season, and must now try to maintain this standard. 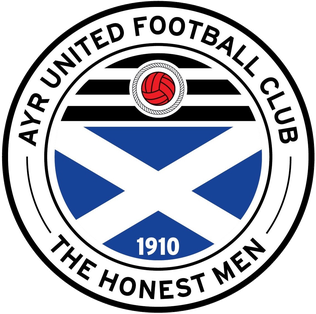