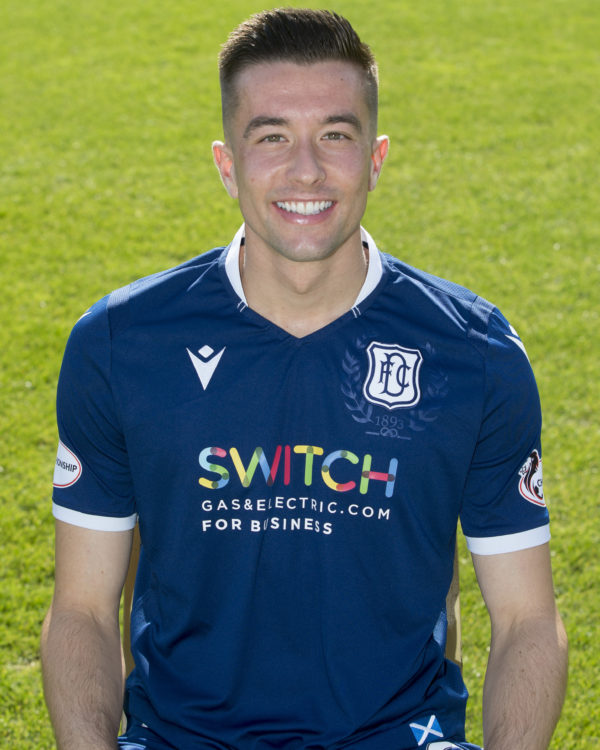 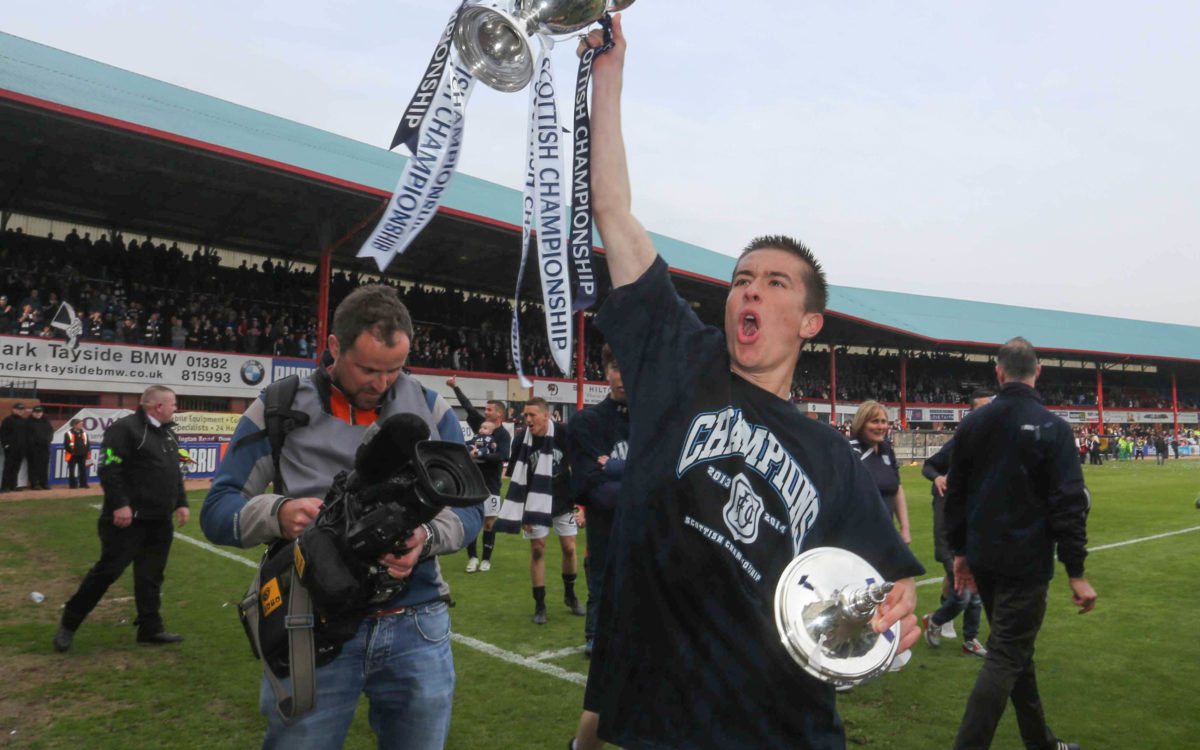 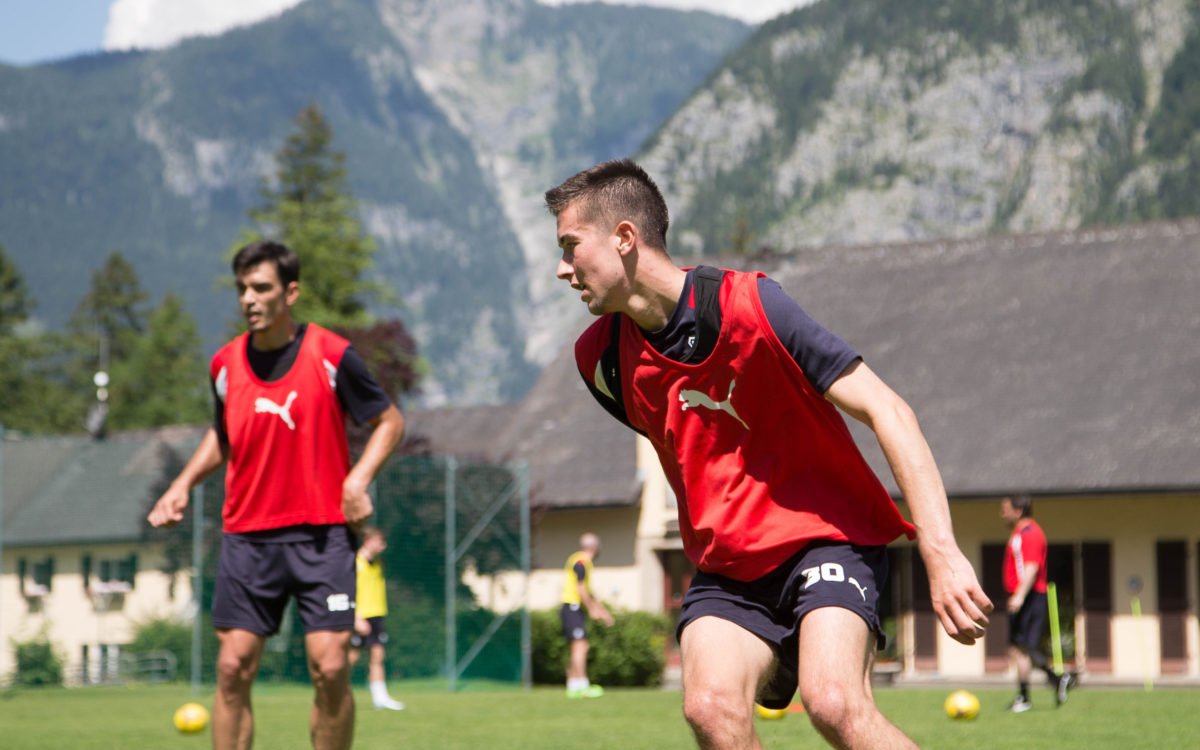 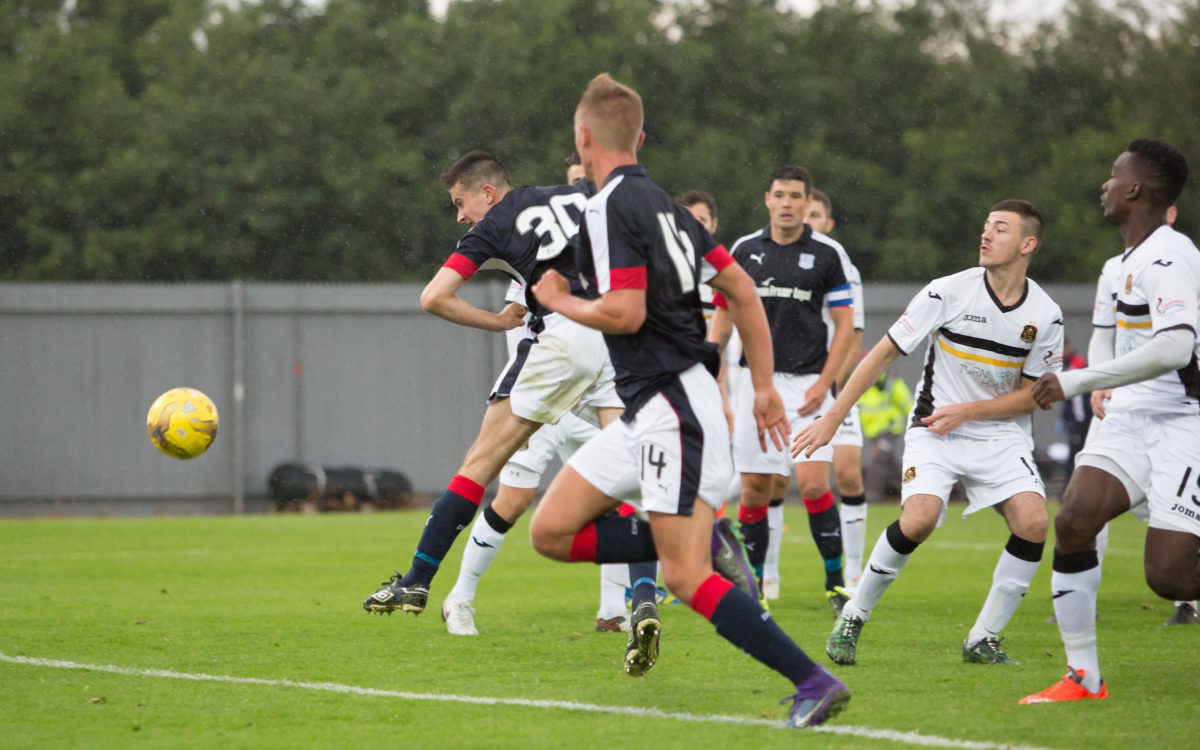 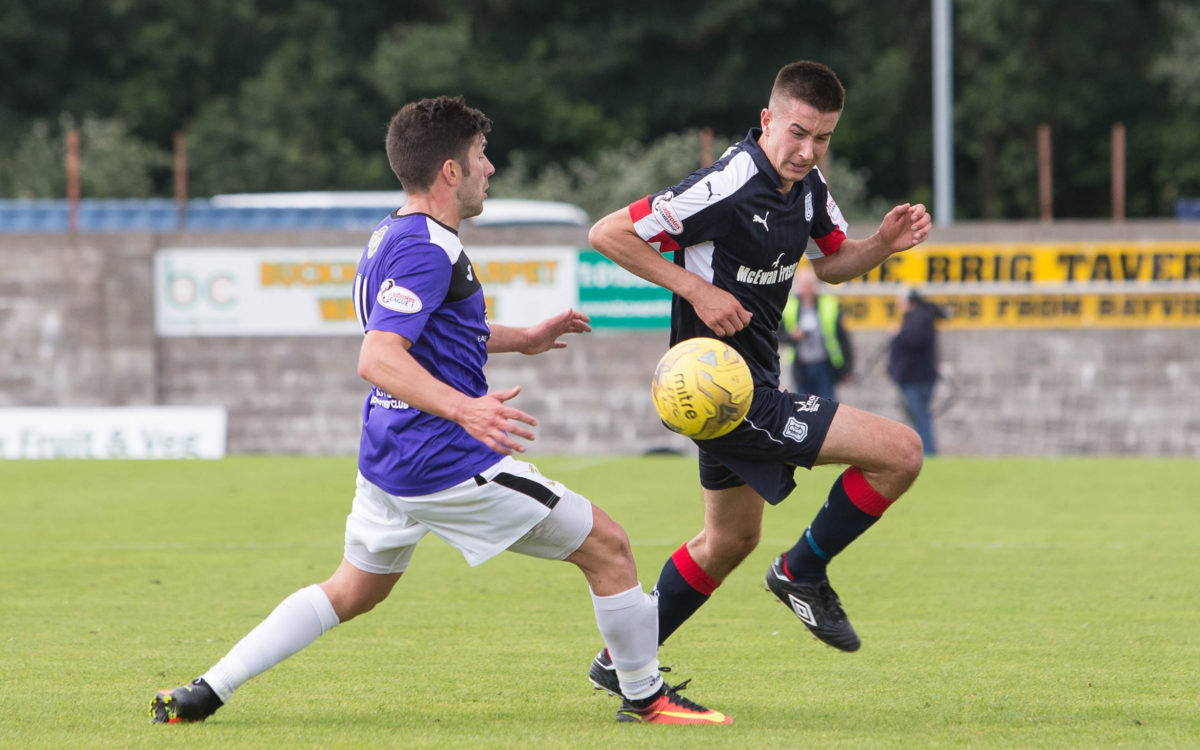 A player who can play in a number of positions on both sides of the park. His first involvement with the first team was as an unused substitute on the final day of the SPL season in 2012/13 against Hibernian.

Manager John Brown included Cammy in a number of first team pre season matches in the summer of 2013, featuring in maybe his most natural position of right wing back.

On January 11th 2014, Cammy made his first team debut coming on as a second half substitute at home to Livingston before starting twice towards the end of the season and picking up a Championship winning medal and the inaugural Dundee Young Player of the Year trophy after sitting on the bench on the title winning day against Dumbarton.

Cammy featured twice in the 2014/15 season before going out on loan to Peterhead where he scored three times in 22 appearances and picked up the Blue Toon’s young player of the year award.

Cammy returned to Balmoor on loan at the start of last season but was recalled by Dundee in December and in his first game back was named man of the match against Dundee United in the  2-1 win at Dens on January 2nd.

Cammy played a further 11 times before the end of the season and won the Isobel Sneddon Trophy for Young Player of the Year for a second time.

Season 2016/17 was personally a memorable one for Kerr who became one of the first names on the teamsheet as he continually racked up some superb performances. He scored his first competitive goal for the Club in a 2-0 win over Motherwell at Dens in November and his consistent performances were rewarded at the end of the season when he won both the Isobel Sneddon Trophy for Young Player of the Year and the Andrew De Vries Memorial Trophy for Player of the Year; the first player to win both in the same season.

In the summer of 2017, Kerr was appointed vice-captain by manager Neil McCann, a huge honour for the Dundee born fan.