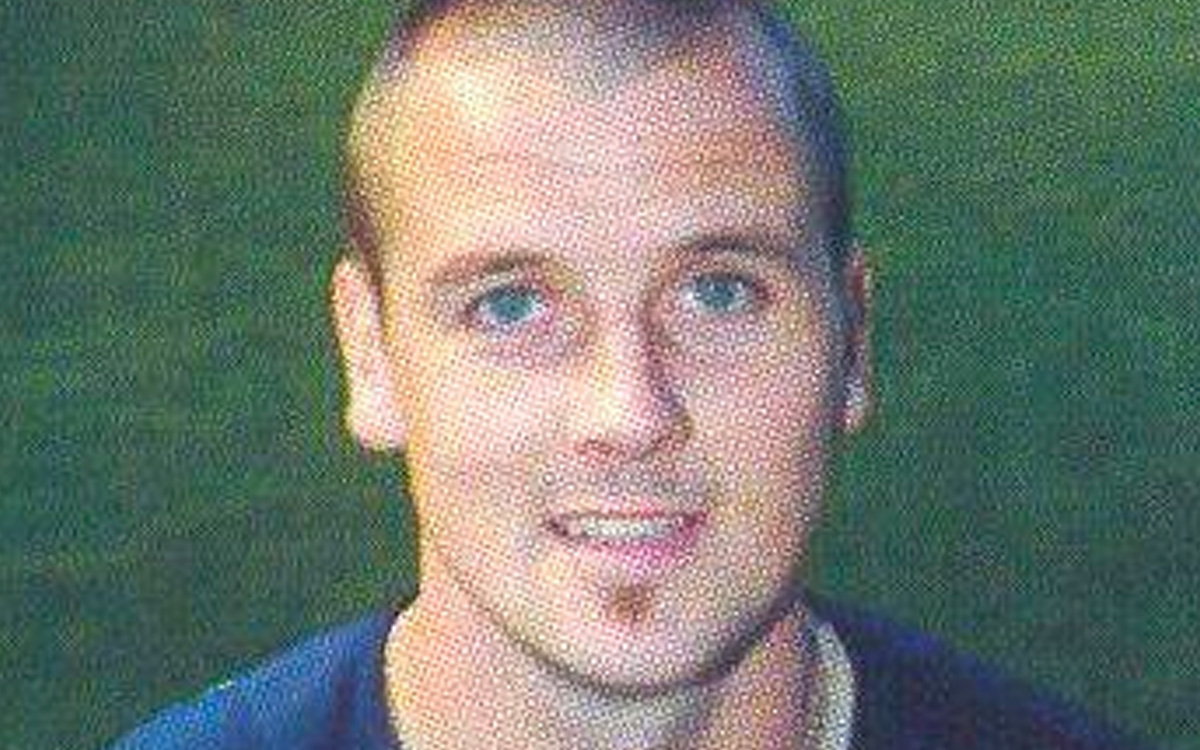 As Dundee travel to Perth on Wednesday we take a look at a player who has played for Dundee and St Johnstone, Northern Ireland internationalist Danny Griffin.

Griffin was born in Belfast in August 1977 and started his football career with St Andrew’s Youth Club before signing for St Johnstone at the age of 15. Two years later Danny made his professional debut playing at centre half in a 5-1 League Cup win away at East Fife. Griffin played in the next round against SPL side Hearts and when he made his league debut in a First Division match away at Partick later in the season, he scored his first senior goal in a 4-0 win.

However that wasn’t his first goal in a St Johnstone match as earlier that month he scored an own goal in the Scottish League Challenge Cup Final against Stranraer at Broadwood which was enough to give the Stair Park club the trophy.

It was while he was with the McDiarmid Park club that Griffin made his international debut against Germany in a 1–1 draw on May 29th 1996 in Belfast. Three years later to the day he scored the winner in a famous friendly 1-0 win against the Republic of Ireland at Lansdowne Road, his only international goal and in total he would win 29 caps for Northern Ireland.

In the following months, English club Derby County offered St Johnstone £1,000,000 for their 18 year old centre-back. Griffin was beginning to develop a good relationship with St Johnstone and he felt there was much more he could learn from manager Paul Sturrock so he turned down the move.

By season 1998/99 Griffin was a mainstay in the St Johnstone side, playing in either defence or midfield as the Perth side finished third in the inaugural SPL and qualify the UEFA Cup. He played in both legs of the memorable tie against Monaco, where The Saints held the French league side to a 3-3 draw at home but it turned out to be his last season at McDiarmid Park after seven years.

Success in Perth meant Paul Sturrock’s old club Dundee United came calling for his managerial service and he made Danny Griffin one of his first signings at Tannadice for £600,000. Griffin would remain on the north side of Tannadice Street for the next four years, becoming club captain but when failed to regain his place in the side due to injury, joined Stockport County on a free in January 2004.

Griffin remained with The Hatters for a year and moved back north to Aberdeen in the next January transfer window but after four months was informed that The Dons would not renew his contract at the end of the season.

On June 2006 therefore Griffin became one of new Dundee manager Alex Rae’s first signings, agreeing a two-year contract. He made his Dundee debut in the first league game of the season and in total would play 27 times in his first campaign at Dens as The Dee finished third.

The following season Dundee went toe-to-toe with Hamilton for the league title but would eventually finish in second behind The Accies with a points total of 69 that would have won the league title the seasons before and after.

Griffin however struggled with injury and played just ten times by the end of October. In January he was allowed to leave the club by mutual consent and immediately joined Ross County. Injuries hampered him however in Dingwall and he was released by The Staggies without ever pulling on their shirt.

In January 2009 Griffin joined Livingston and after winning the Third Division championship with Livi moved to Arbroath in June 2010 where he won the fourth tier title for the second successive season.

Griffin hung up his boots after his time at Gayfield and has returned to his first professional club St Johnstone where he is now a youth coach.