Played for both Dundee and Motherwell – Jimmy Bellamy 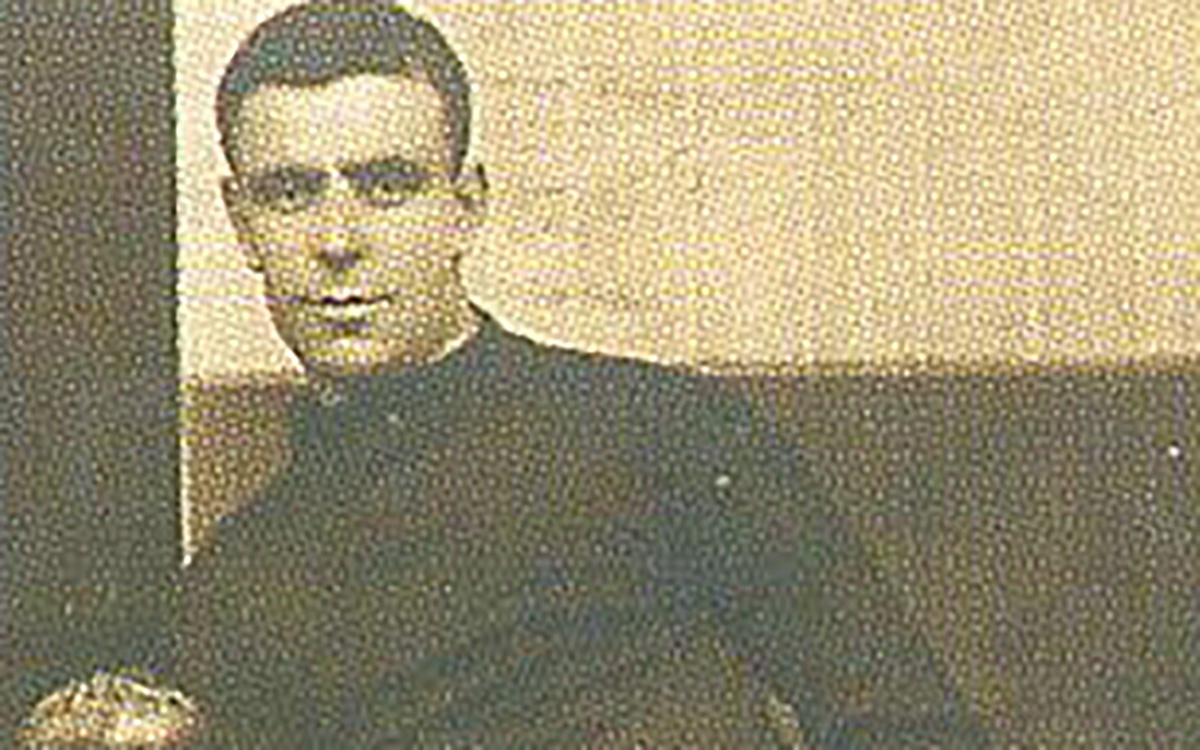 Dundee entertain Motherwell at Dens this weekend and so we take a look at a player who played for both clubs, Jimmy Bellamy. Bellamy is a legend at Dens having scored in a winning Scottish Cup Final and finished the same season as top goal scorer. He scored the equalising goal in the second replay of the 1910 Scottish Cup Final as The Dark Blues went on to win 2-1 and finished this momentous campaign by topping The Dee’s scoring charts with fifteen goals.

James Francis Bellamy was born in Bethnal Green in London on September 11th 1881 and started his football career with Barking, Grays United and Reading before moving to Woolwich Arsenal in 1904.  After four goals in twenty-nine league appearances for the south-east London club, Bellamy moved to Portsmouth and then Norwich City before joining Dundee in the summer of 1908.

Bellamy was brought to the club by scout Peter Allan who in earlier years had been guilty of poaching local players for clubs down south but now in the employ of Dundee, he helped the Dark Blues develop something of a partiality towards English players.  Indeed at least six of Dundee’s successful 1910 Scottish Cup winning team were brought to Dens by Peter Allan from English clubs including Herbert Dainty from New Brighton, skipper Bert Lee from Southampton, John Hunter from Portsmouth, Jack Fraser and Sandy McFarlane from Newcastle United and Jimmy Bellamy from Norwich.

Bellamy made his debut for Dundee on the first game of the 1908/09 season in a 2-1 home win against Hearts and scored his first goal for the club a fortnight later when he netted the winner for Dundee as they defeated defending champions Celtic in a famous 2-1 win at Dens.

Playing at either outside-right or right-half, Bellamy scored fourteen goals in his debut season as Dundee would finish league runners-up to Celtic who piped them by just one point.

In the Scottish Cup, Jimmy scored his first hat-trick for Dundee when he netted a treble, of which two were penalties, in a 9-0 first round victory over Ayr Parkhouse at home and in the second round played in front of a new Dens Park record crowd of 28, 000 against Rangers. The tie finished 0-0 and The Dee went out 1-0 in the replay but Ibrox was to be the scene of Dundee’s greatest Cup triumph fourteen months later when Dundee would go all the way in the 1909/10 competition.

The first round paired Dundee with non-league Beith and with the Ayrshire side agreeing to ‘sell’ home advantage, the tie was played at Dens Park.  On a frosty surface, Bellamy missed an early penalty but despite going ahead through George Comrie, Beith fought back for a 1-1 draw.  The game attracted 9000 fans but 3000 fewer turned up for the replay seven days later at Dens to witness George Langlands give Dundee the narrowest of margins.

At the next stage the Dark Blues entertained Falkirk who were challenging at the top of the league and 20, 000 fans turned up as Cup fever started to take a grip.  This time Bellamy was a goal hero on a Dens Park mud bath when he scored the second goal in a 3-0 win.

Quarter and semi-final wins over Motherwell and Hibernian saw Dundee reach their first ever Scottish Cup Final against Clyde in April, with Ibrox being the venue after damage done to Hampden in the previous year’s abandoned Old Firm Final had not yet been repaired.

Bellamy lined up in the Dundee side on April 9th and after being 2-0 down at half time, fought back with two late goals to earn a replay.  Seven days later, Bellamy retained his place as the sides met again in Govan but a lack of goals meant that the following midweek would see the clubs try to break the stalemate for a third time.

So on Wednesday 20th April, Dundee would create history when in, according to The Courier, ‘The best final seen in years’, they would defeat Clyde 2-1 thanks to goals from Jimmy Bellamy and John ‘Sailor’ Hunter.

Clyde had shocked Dundee by taking the lead in three minutes through Chalmers but after fifteen minutes, Bellamy brought The Dee level when he headed home from a corner.  It was Jimmy’s fourteenth goal of the season but more importantly, it gave Dundee hope that they could push on for a winner.  They did just that in the second half when they got one from John Hunter when he broke through the Clyde defence and sent the ball into the net from a narrow angle.

The team were cheered off by several thousand at Glasgow’s Buchanan Street train station, were cheered again by large numbers in Perth and when they arrived on foot in Dundee’s West Station having alighted at Magdalen Green to avoid the crowds, exploding detonators told the 20 000 strong crowd that their heroes had returned.  Dundee partied long into to the night and ‘was drunk for a week’ according to modern day author Jim Crumley, whose grandfather had played in goal on that famous day.

At the start of the following season, the Scottish Cup was displayed before Dundee’s first home game against Hibs and in defence of their trophy, The Dee reached the Scottish Cup semi-final where they lost out to Hamilton Academical at Douglas Park in the days before semis were played on neutral grounds.

The quarter-final against Rangers had attracted another record crowd at Dens, this time 30,000 and a 2-1 win for The Dark Blues had sent them through to the penultimate stage to meet The Accies.  Early in the second half two goals from Jimmy Bellamy had given The Dee a 2-0 lead but as Dundee became complacent, Hamilton fought back and won 3-2 to deny Dundee back to back Cup Final appearances.

Season 1911/12 was Jimmy’s last in a Dundee shirt and it would see him win his second Forfarshire Cup winners’ medal, having also collected one in his first season while in the cup winning season, he was part of the Dark Blue side to beat Dundee Hibernian 2-1 in the first round in the first ever derby against Dundee United’s forerunners.

Jimmy signed off from Dundee with another twelve goals to bring his Dark Blue total to fifty and in the summer left Dundee to sign for Motherwell, before heading back down south and playing for Burnley, Fulham, Southend United, Ebbw Vale and his first club Barking.

His time at Dens however was his most prolific in goal scoring terms and he scored more goals for Dundee, than all his other clubs put together.

After finishing playing, Jimmy embarked on a successful coaching career in Europe working in Germany, Italy and Spain.  In Italy, he took charge of Brecia where he took them up into Serie A for the first time ever and then in 1929, he became manager of Barcelona, where he led them to victory in the first ever La Liga Championship.

At Dens Park, Jimmy Bellamy will always be remembered for his Cup Final exploits and having played in all ten matches on the way to winning the Cup and scoring Dundee’s first goal in the Final, he is rightly remembered as an all-time Dundee great. 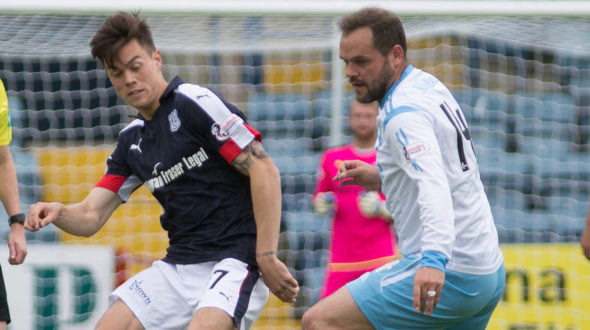 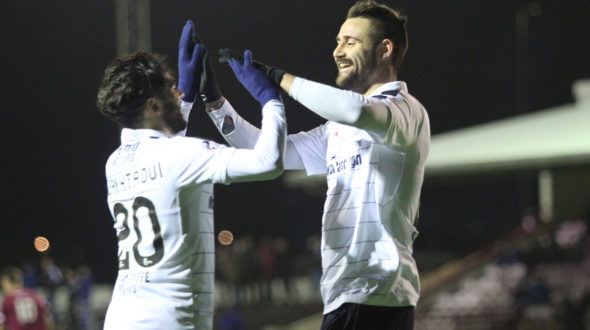 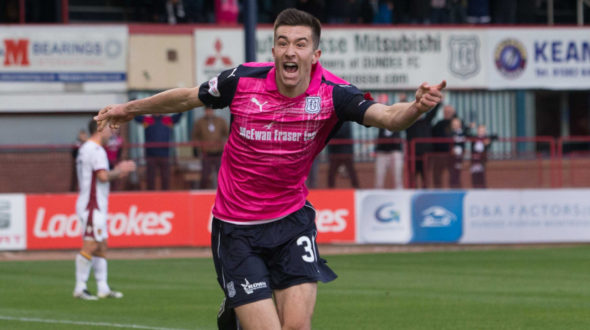